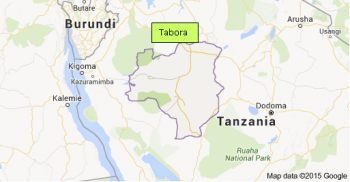 At the age of 22, I left Lamu (in Kenya) for Tabora (in Tanganyika, presently Tanzania) where I arrived in 1904. I worked for four years as Manager in the firm of Sheth Omar Abdulkarim & Sons. It took me 45 days to travel by foot to Tabora via Bukoba.

I can remember six main families resident in Tabora at that time. Sheth Nasser Virji was running a booming business and their merchandise went to distant places like Ujiji, Rwanda and Bujumbura. Arabs used to be their major customers. At that time it would take about 45 days for merchandise to reach Tabora from Bagamoyo, the main port. The goods were carried by porters who had to pass through dense forests amid danger of attack by wild animals. Sometimes the porters would be looted by raiders. There was no way to get any news about the movement of goods. It is only when the porters would reach Tabora that they would tell us of their escape. Under such difficult circumstances, the company was still able to expand its business and had branches at Mwanza, Bukoba, Biharamulo, Dar es Salaam, Kigali, etc. They were considered King among the businesses in Tanganyika and they had a great influence on the German government of the time.

Merali Remtulla’s family moved from Bagamoyo to Tabora around 1900. They too had business connections in Ujiji and Bujumbura. Some of our community businesses had been established in Bagamoyo at the time of Sultan Barghash, before the occupation of Tanganyika by the Germans.

Abdulla Allarakhia’s family moved from Bagamoyo to Tabora around 1900. They had booming business with Ujiji and Bujumbura towns. It would take porters about 20 days to carry goods from Tabora to Ujiji.

Sheriff Jiwa with his brother Jeraj Jiwa arrived in Tabora in 1902 after travelling from Bukoba via Biharamulo. Sheriff sailed from Tithwa, Kathiawad, India in 1899. He worked at Alidina Visram for one year and then started his own small business. His honesty and business acumen led to steady progress. In a short time, they had branches in Mombasa, Bukoba, Mwanza, Ujiji, etc - all being business hubs at that time. Due to their friendly nature and hard work, they soon became part of the major business firms of the time.

Nazarali and his son Mohamedali started a soda factory in Tabora. The business was very successful. Unfortunately I do not remember Nazarali’s father’s name.

Apart from the above, there were some small retail shops belonging to our community. Arabs were the main buyers and our community members were their main suppliers. There were about seven Ismaili families and about two Hindu families, mainly artisans e.g carpentry. In 1909, I left Tabora for Bukoba, and then to India.

Published by Secretariat in Archives Section of the Africa Federation 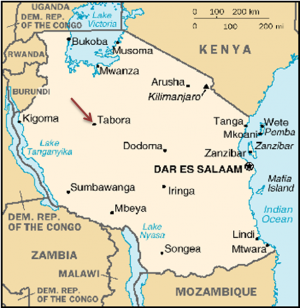 The Africa Federation Archives Section is sending these memories of the past especially to our Community members who were once members of KSI Jamaat of Tabora to refresh their memories.The Jamaat until late 70s had about two families and thereafter the Mosque and Imambargha was left with Bilal Muslim Mission of Tanzania to take care and use the facilities for daily prayers and tabligh activities like Madressah for children. The Chagani and Rajwani families were the last two families who lived in Tabora before shifting to Dar es Salaam.

Below are some photographs of Tabora Mosque and Imambargah: 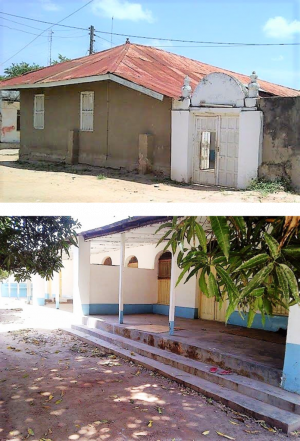 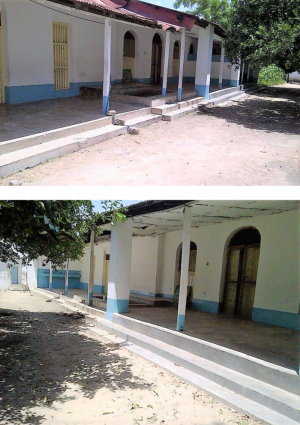 Some of the families in Tabora in 1904

Members who wish to donate funds for the maintenance and upkeep of our mosques and Imambarghas in towns where there are no Khoja Shia Ithna-Asheris residing may contact the Secretariat office of the Africa Federation in Dar Es Salaam.