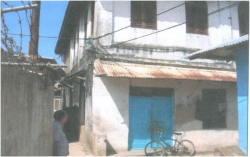 A common feature among many of the early Khoja community members has been their love of Imam Hussein (AS). Khoja would travel from India and Zanzibar to Iraq for pilgrimage to Najaf and Karbala. While in India and in Africa, they would also organise and participate in the Majlis commemorating the martyrdom of Imam Husein. It is recorded that after their settlement in Mumbai in 1842, Aga Khan I and Aga Khan II would arrange Majlis of Imam Husein at their Mumbai residence 1

Until the latter half of the nineteenth century, members of the Khoja community, despite their diverse leanings towards the Satpanthi, Nizari Ismail, Sunni and Shia Ithna-Asheri beliefs functioned as one united Khoja community - operating from a common Jamaat Khana. The three-way split among the once united Khoja community took place in 1862 when the first group professing to be Sunni separated. From 1873 onwards, another group professing to practice the Shia Ithna-Asheri faith separated. Thus three distinct Khoja communities to be known as Khoja Ismaili, Khoja Sunni and Khoja Shia Ithna-Asheri Jamaats emerged. In the first quarter of the twentieth century, as the practice of commemorating the martyrdom of Imam Hussein was discontinued in the Jamaat Khana, there were many Ismaili who continued to privately organise and participate in the Majlis of Imam Hussein (AS). Thus ‘Mehefile Muhibbane Hussein’, otherwise known as "Mehfile Private,” (initially known as Mehfil of Abdulrasool Peera Dewji) was established in Zanzibar. There were similar activities in Mombasa also.

In Zanzibar, until 1905, it has been a common practice to organize Majlis of Imam Hussein (AS) in the Jamaat Khana. Besides, at these Majlis, ‘Mukhtar Nama’ would also be read out. Varas Kassam Damani, Mukhi Jetha Valliani, Bhagat Dhalla Virji and Gulamhussein Jamal Teja were among individuals who would read out the ‘Mukhtar Nama'. Sometime later in the year 1899, when Agakhan III visited Zanzibar, an order was issued to close Mehfile Private but the majlises in Jamaat Khana continued. The majlises also continued privately at the farm houses of Mukhi Gangji Dawood, Mukhi Bhalloo Valli and at the residence of Mohamed Mussa Rajan. Starting 1905 the Muharram majlises at the Jamaat Khana in Zanzibar stopped. 2

In the year 1907, Brother Janmohamed Master filed a case in the court against the decision of stopping the majlises in the Jamaat Khana. The whole proceedings and cross examination details were published in Gujarati magazine Noor e Hidayat in India of 24th Zilhajj 1350. A group of youth continued performing Majlises of Imam Hussein (A.S.) on rotation basis. In 1920 some Ithna-Asheri youths rented a place in Empire Club building and the majlises once again continued jointly with Ismaili youths up to the year 1927. In 1927, the building was sold and the majlises continued at Haji Sheriff Dewji’s Bustani (still exists in Zanzibar). Later, the house of M. D. Kermali was rented and majlises continued there up to the year 1930. Abdulrasul Peera Dewji and some members continued Muharram majlises despite Ismailia Council’s order to stop the majlises. Their group later joined the Ithna-Asheries. 3

An Ismaili brother by the name of Gulamali Murji Kanji donated a house for the purpose of azadari of Imam Hussein (A.S.) in Zanzibar. This Mehfil was formally opened by Maulana Agha Najafi Shushtari in 1929 (24th Zilhajj 1350 AH). 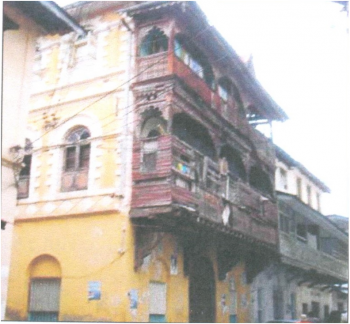 5. After 1932, an Ismaili brother by the name of Gulamali Murjji Kanji donated the house for Mehfil and the majlises continued in the building upto 1937.

In Mombasa the situation was the same, the Ismailis were facilitated to commemorate the tragedy of Kerbala and perform azadari of Imam Hussein (A.S.) at the residence of Khoja Shia Ithna-Asheri Mulla G. A. D. Mussa popularly known as Mulla Bishon.

In Mombasa among the local Zakirs attending this Private Mehfil were: