Services of The World Federation at Meta Village, Gujarat

Meta village is situated at boarder of Banaskantha district of Gujarat. When the insignificant education was in Meta Jamat, Jafari Youth Federation (JYF), Meta has challenged to remove the blemish of illiterate. In starting, free book and prize distribution etc. programs started by JYF in 1990. Scholarship to all children started in 1992 by the help of Zainabiyah Child Sponsorship Scheme (ZCSS). Alhaj Aunalibhai Y. Salehmohamed (Representative of India of WF) has taken keen interest in this matter. Further we proposed for tuition classes to World Federation through Alhaj Mohsin Dharamsi (Chairman of ZCSS). Tuition classes are granted by World Federation on 1996. We have received unbelievable result by this tuition classes. In 1998, one girl was appeared in SSC exam. In 2000, one boy was became a graduate. Then after, most of boys & girls appeared in college, professional & technical courses. Today, most of students are graduates, post graduates, engineers etc. 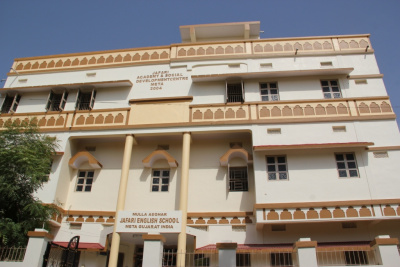 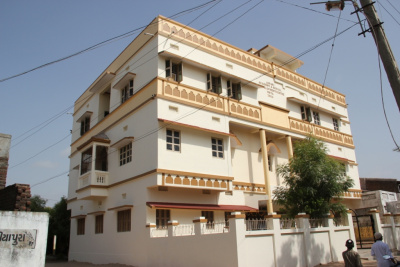 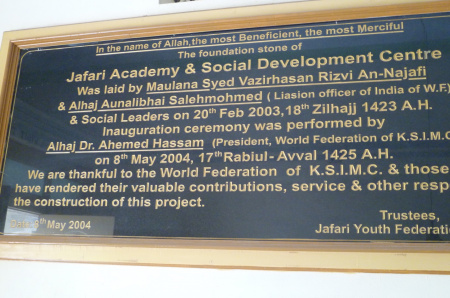 Further foundation stone of Jafari Academy & Social Development Centre laid by Alhaj Aunalibhai Y. Salehmohamed (Representative of India of WF) on 18 th Zilhajj 1423 A.H. He has forward our proposal for school project to The World Federation. This proposal is granted by WF. The inauguration ceremony was performed by Alhaj Dr. Ahmad Hassam (President of WF) on 8 th May 2004. Mulla Asghar Jafari English School started from June-2004 with 44 students. Now more than 300 students benefited up to 10th std. We thank World Federation. 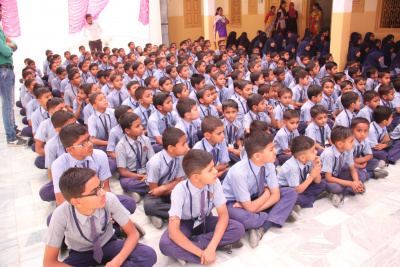 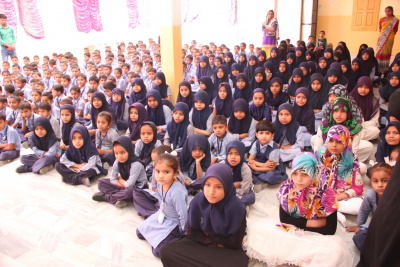 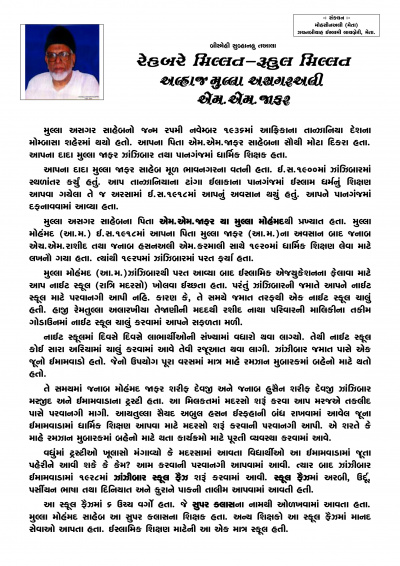 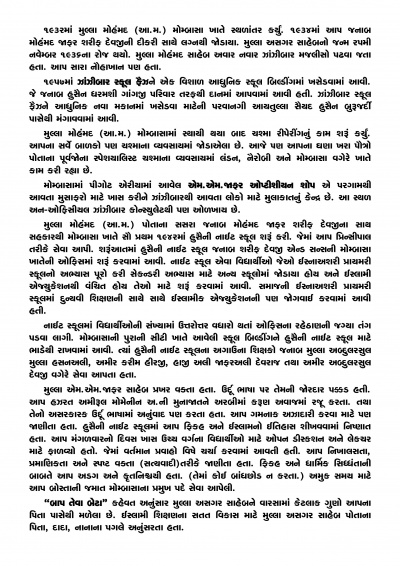 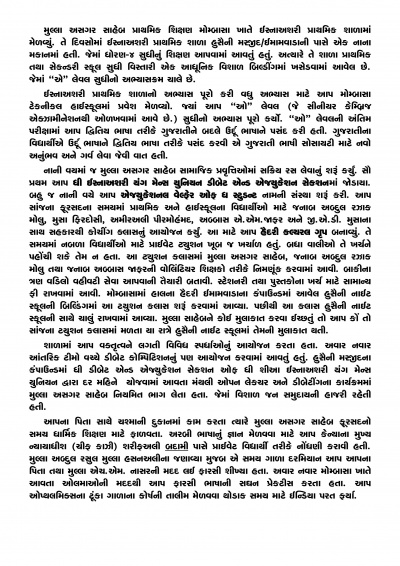