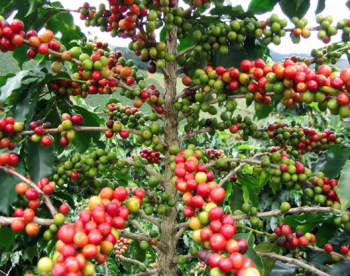 Moshi town in the Kilimanjaro region with a population of about 200,000 is about 59 Sq. kilometers situated on the lower slopes of Mount Kilimanjaro, the highest mountain in Africa, which is 19,341 feet above sea level. Moshi is the coffee producing centre of the country. All around the town and on the slopes of Kilimanjaro, there are vast plantations of coffee. Moshi is one the cleanest and growing towns in Tanzania, with well-maintained roads and greenery in the town with bursting business outlets and fresh vegetables and fruit markets. The indigenous people are hardworking businessmen and women. Also, the local people are involved in agricultural farming, including livestock and poultry. Similarly, Moshi has vast sugar plantations and sugar processing mills.

Moshi hosts a number of higher education facilities such as Kilimanjaro Christian Medical College (KCMC) where a number of our community students are studying. Several other colleges are established in Moshi; include Stefano Moshi Memorial University College (SMMUC), Mwenge Catholic University (MWECAU), the Moshi Co-operative University (MoCU) the College of African Wildlife Management (CAWM), Kilimanjaro School of Pharmacy and Tanzania Training Centre for Orthopaedic Technologists (TATCOT). There are also several secondary schools with good standards. One of them, Mawenzi Secondary School started as the Indian School of Moshi in 1956. It is now a thriving school of 1,100 pupils. All A-Level students are female boarders and come from all over. The school has had a link with Buckie High School in Scotland since 1987. Pupils and teachers have travelled between Tanzania and Scotland many times.

The other one is the International School Moshi (ISM) which was established in 1969 to serve the needs of the expatriate and local communities. ISM has students from nearly 40 different nationalities on two campuses in Moshi and Arusha. The Moshi campus has about 190 students, including 90 boarders from 25 nationalities and offers a full range of courses from early childhood to the International Baccalaureate Diploma. ISM has been an International Baccalaureate World School since 1977. There are also several English academic schools with pre-primary, primary, and secondary education, such as the Eden Garden and Hope International providing Elementary Education from Standard I to VII. Similarly, there are some non-governmental organizations in Moshi assisting with education. One of them is Give a Heart to Africa, which offers free education to adult women and assists several of them with starting their own businesses. 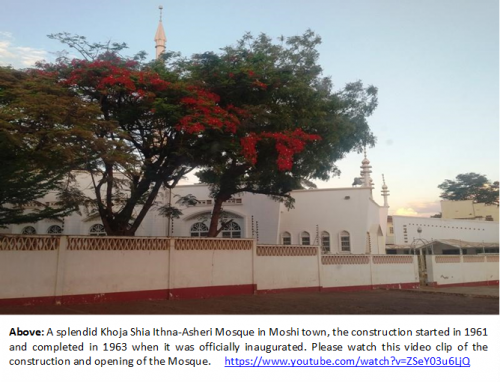 Many at times, innate wisdom and decisions of our elders are either invisible or we are oblivious of them, however these are those fundamental elements which have inherently played important roles in the development of our Community that we witness today - A KSI Community with greater insight into the breadth and depth of the spectrum of transformation into a progressive Community which did not fall behind in areas of education (secular and religious), social and religious services which have been the catalyst to the progress of our Community we witness today. These achievements makes us all feel very proud, May Allah (s.w.t.) grant maghferat to the pioneers and past leaders of our Community who played crucial roles, Ameen.

One of the earliest residents of our Community in Moshi are reported to be Hasham bhai Ebrahim Mamdani and his brother Esmail bhai. After leaving India and staying in Zanzibar and Pangani they finally settled in German Moshi now known as Old Moshi. After the establishment of British rule and construction of new Moshi, more of our community members moved in, including Shermohamed bhai Sajan and Mohamed bhai Ebrahim. Some of the early prominent Community leaders from Moshi include Mohamed bhai Sheriff Jiwa, Hassanali Mohamedali Ladak and Dostmohamed bhai Gulamhussein Moledina. 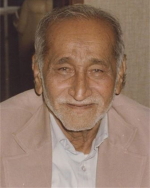 Mohamedali bhai was born in Mombasa and had his education upto London matriculation level. In 1931 he moved to Moshi where he established a successful business called Moshi Trading Co. Ltd. He showed deep interest in community service and was given the MBE award by the British Government in 1955 in recognition of his services. He was instrumental in the formation of Indian Public School which he led as President for 18 years. He was President of Muslim Association and served Moshi Jamaat in various capacities including as Honorary Secretary, Vice-President and Trustee. He also served as Vice President of Africa Federation, President of Tanganyika Territorial Council and Tanganyika Boarding House. Mohamedali bhai passed away in Moshi in 1990. 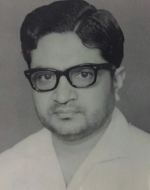 At young age, Hassanali bhai held a respectable position in the business community. He managed the family business called M Ladak Kanji Company and at the same time took keen interest in community and public service. He was a committee member of Moshi Indian Public School and an Honorary Treasurer of the Jamaat. He was the Hon Secretary of Moshi Ithna-Asheri Club, KSI Tanganyika Territorial Council and Tanganyika Boarding House. He was an ardent supporter of Africa Federation. The community lost a dedicated prominent leader when Hassanali bhai died in car accident in 1967 while serving as Vice President of the Africa Federation. 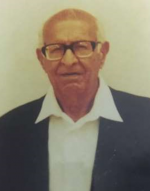 Born in Moshi, Haji Dostmohamed Moledina was a well-known social worker in the service of the public and in our community. He was a dynamic Councillor representing Moshi Jamaat at the Africa Federation Supreme and Territorial Councils for many years. He was a very active member of Moshi Jamaat with great wisdom and dedication. He made many friends by his amiable nature. Alhaj Dostmohamed (fondly known as Dost) was consistent in attendance in the Africa Federation Supreme Council Sessions and Conferences. He was also Vice President of Moshi Club and Hon Secretary of the Jamaat. Dostmohamed bhai passed away in Nairobi in 2000.

In 1960, the population of Khoja Shia Ithna Asheris in Moshi was 344 and grew to about 600 in the early 1980s. Presently the population of Moshi Jamaat has drastically dropped due to migration to other countries and towns and stands at 110 men, women and children.Mos hi Jamaat has a number of trust properties including a house donated to Moshi Jamaat in August 2008 by the late Moledina family in the loving memory of al Marhumeens of the Moledina family which is adjacent to the mosque, most ideally for the students who come to Moshi for Higher Education, in Institutions like the KCMC where students pursue medicine courses. Presently there are two students from Dar es Salaam and one from Arusha. The house can accommodate upto eight students.

The Jaffery Charitable Medical Services (JCMS) was originally established during the mid 1980s; it was shut down and was revived and re-opened in December 2005 with the support from Africa Federation and other well-wishers from Kenya and Tanzania. Under the management of the Medical Board of the Jamaat, the Clinic currently have three full time doctors who see approximately 1000 patients a month. Dr Sadiq Dawood is the Medical Director. The clinic has a fully-fledged lab, ultrasound and ECG facilities and a dentist. JCMS offers subsidized consultation fees; the core purpose of the Clinic is to serve the common people with care and compassion. 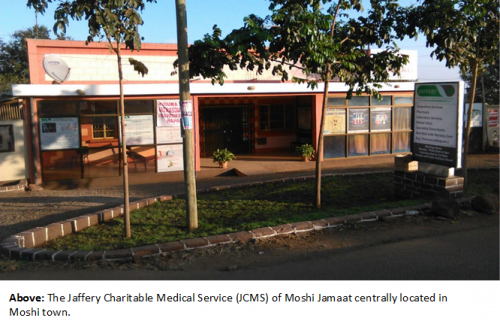 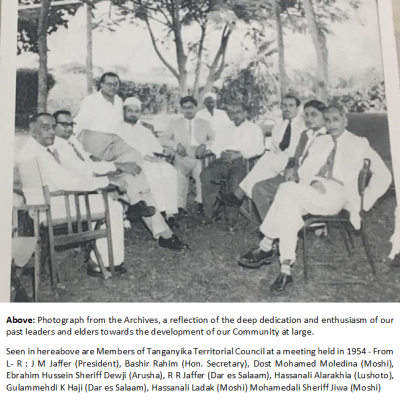 Moshi Jamaat is willing to help people from other Jamaats in Tanzania who may wish to settle down in Moshi to start business or trading etc. To this end, few years ago Africa Federation advised our community members to look into newer avenues of migrating to places like Moshi, Dodoma and Morogoro with new focus on economic development of our Community members. It was known that Dar es Salaam where many of our Community members from upcountry regions migrated to in the late 1970s and early 1980s was becoming increasing difficult to sustain due to big shortage of reasonable housing, high rents imposed by the NHC and private developers and the rising cost of living, all these making it difficult for some families to live a comfortable life in Dar es Salaam.

Above article compiled by Br. Mustafa Pirmohamed of Orlando, USA a member of Archives Section of Africa Federation, with assistance from Alhaj Shafiq Kanji of Moshi Jamaat and Afed Secretariat.