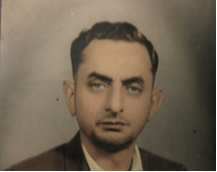 Born in Mombasa and after acquiring his education in Mombasa, he joined his family business in Arusha at a very young age dealing in produce and transportation. In those days the businesses flourished and the family prospered to great heights known as REHMTULLAH PIRBHAI.

At the same time Haji Mohammedtaki was an active community worker from his youth dedicating his time to betterment of the community. In 1956 he became the president of Arusha Jamaat and embarked with zeal to construct the Mosque, Imambargha & Madressah, his family being the main contributors. Marhum’s enthusiasm in community work was a testimony as he dedicated his life for the community in addition to his involvement in day to day business activities. In 1959 he was appointed as the Deputy Treasurer of THE AFRICA FEDERATION where he served under the legendary President of the Africa Federation, Alhaj Ebrahimbhai Shariff Dewji and continued to serve the community with the help of Murabbi Hassanali Pirbhai. In 1961 Mohammedtakibhai took a lot of responsibility of The Africa Federation due to Ebrahimbhai‘s ill health. Apart from community affairs he also was an active member of Arusha Farmers Association from 1958-1960. Late Mohammedtaki was known to be a compassionate man and equally he would help the community and anyone who approached him with compassion and humility.

When it comes to helping others, our community has always showed its true character of selfless service and leading the honorary work of this great community. They have dedicated their lives to the betterment of our community and have spearheaded the community in a way that they became beacon of inspiration and hope to the next generation.

Abstracts from the obituary column in FEDERATION SAMACHAR 1964 issue

(1) The reorganization of the Madressah Curriculum began in 1963 and it was beyond our expectations and when during Ebrahimbhai’s short illness it was Takibhai who was instrumental in promotion of central examinations that first took place from 5-12th January 1964. Takibhai with Ebrahimbhai assisted by Mohammedrafik Somji made the Federation so vibrant that now any scheme in the community can be a taken efficiently. - Seyed Saeed Akhter Rizvi – Arusha.

(2) Mohammedtaki was a silent worker full of grace and that in itself is an inspiration to our young budding community, we need more of them in our community - Abdullah Fazal –Bukoba.

(3) Before we even shed tears for Ebrahimbhai Shariff Dewji sad news has engulfed us of Mohammedtakibhai’s sudden demise - As a son of a distinguished philanthropist, Haji Mohammedtaki had dedicated himself to the cause of the community and died a martyr in harness. Hussein A Rahim - Zanzibar

After the sudden demise of Ebrahimbhai on 9/01/1964, Mohammedtakibhai initiated in taking out the obituary issue of FEDERATION SAMACHAR, but alas! It was Allah’s will that in the same issue his obituary was recorded as he passed away on 07/02/1964, suffering from a heart ailment in a matter of few weeks after Ebrahimbhai! His passing away shocked the community and his burial was attended by multitude of community members from the Jamaats in E. Africa and from non-community as well. Marhum was buried in Arusha.