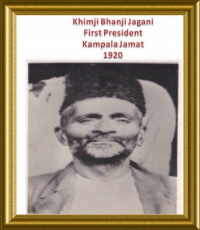 Our brothers first settled in Uganda in the 1880's. The Jamaat was formed in the 1920's and the first constitution was drafted and registered in 1926. As usual with our community at the outset, all majalis etc. were held at the residencies of mo’mineens till the first President of the Jamaat, Marhum Khimjibhai Bhanji offered a roofed structure which was used as our Imambargah. 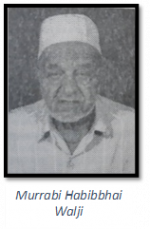 The sacrifices by Haji Habibhai Walji, the longest serving trustee and a renowned philanthropist, contributed a great deal to the Jamaat activities which is commendable and worth emulating by the present members of Kampala Jamaat to take some good lessons from the elders of our Community who are no longer with us and continue to receive the blessings (Ra’hmat) Thawab-e-Ja’ariah from Allah (SWT) 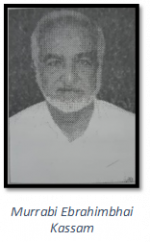 The sacrifices by Ebrahimbhai Kassam (Past President of the Jamaat and Trustee) for the Kampala Jamaat and for the Africa Federation are noteworthy. Haji Ebrahimbhai started devoting his services for the Jamaat work when he was only 10 years old. It is to be noted that Ebrahimbhai's late mother was one of the first ladies in our community to receive the Fatema Chander (Medal) from The Africa Federation in appreciation of her contributions towards our community. 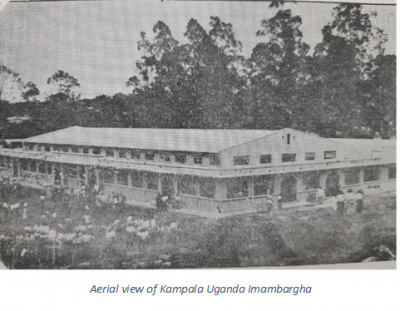 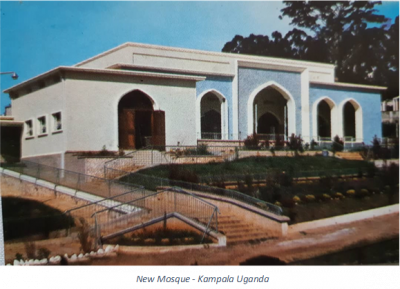 The present Mosque and Imambargha Complex on 108 William Street where the 55th Supreme Council meeting was held, was inaugurated in 1960. In 1967, the Housing Complex at 84 - 90 Nakivubo Road was also inaugurated.

Unfortunately, due to the sad turn of history, the Asian Community were expelled from Uganda in August 1972 by dictator Idi Amin giving them 90 days to leave Uganda. Most of our Community members migrated to Europe and North America, some settled in Pakistan and India all leaving behind their homes and businesses. Only five families stayed behind. One was the family of Late Haji Gulamali Manji who were in Mpigi, West of Kampala. There was a lone member in Masindi and three families in Kampala, among them the family of Haji Pyarali Khimji and Professor Syed A. H. Abidi. All the properties were taken away (nationalized) and the Jamaat properties were vested in ‘THE MUSLIM SUPREME COUNCIL.’ It was the brave and dedicated efforts of Haji Pyaralibhai Khimji that saved the small mosque and the Kabrastan where our brothers used to meet for religious functions.

After the fall of dictator Idi Amin in 1979 and by 1990 about 10 families existed in Kampala. In the 1990's, efforts were made to repossess the Jamaat properties and by 1992, It was destiny that one fine morning Dr. Asgarali Moledina got a demand note for our Jamaat property in SOROTI. He immediately called Late Mulla Asgherali M M Jaffer who directed him to late Bashirbhai Peera at the AFED secretariat in Mombasa where we were able to get a list of all our properties in UGANDA. We had no title deeds and Lawyer Ms. Mumtaz Kassam was contracted to get the original title deeds from the Land office. With these they filed for repossession of all our properties and Alhamdulillah with concerted efforts by Dr Asgarali Moledina, Shabirbhai Najafi (our current AFED Chairman) and at that time Trustee, Mohamedhuseinbhai Punjani (currently lives in Toronto, Canada) the team managed to get all the Repossession certificates. Efforts by Late Zulfiqar Thobani a great friend of Dr. Moledina assisted in this exercise. Now the next challenge of getting physical repossession began. Shabirbhai Najafi played a pivotal role in achieving this with great efforts and commitment. The then Mufti of Uganda, Late Saad Ibrahim Luwemba was very cooperative and immediately issued a letter (typewritten in his office by Dr. Moledina) requesting the present occupants of the IMABARGAH complex to peacefully hand over the property to our Kampala Jamaat.

The Jamaat was revived in 1991 and by the middle of 1994 physical possession of all Jamaat properties including the very Mosque Complex on 108 William Street was finalized. Due to the prevailing political stability, the numbers of our members began to rise steadily.

Following are the past Presidents' of the Jamaat from 1920's to date in that order:

The 11th Africa Federation Supreme Council Session was held in 1955 in Kampala hosted by Kampala Jamaat during the tenure of Marhum Gulamhusein Kurji Jetha. 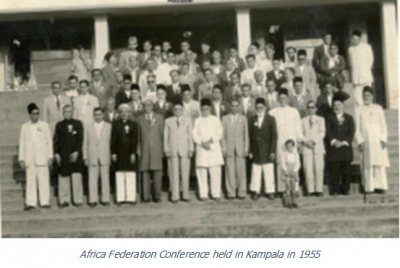 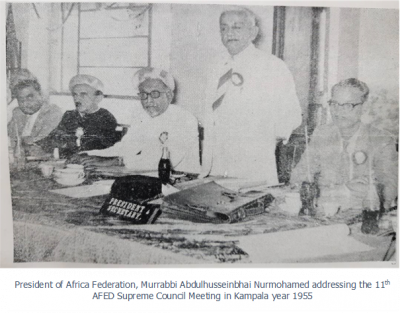 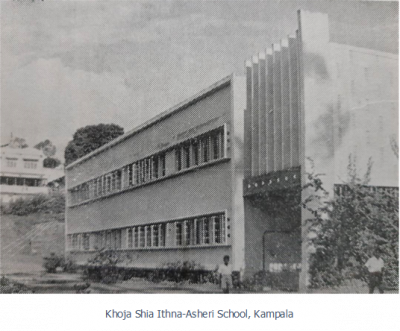 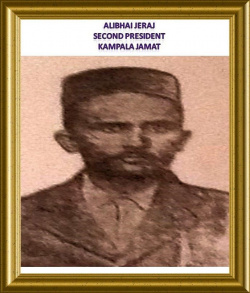 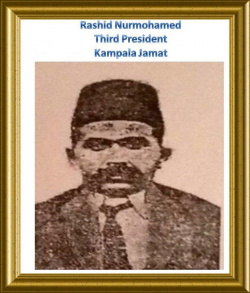 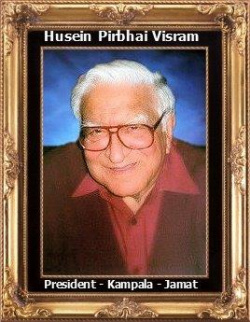