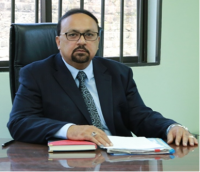 Alhaj Anwarali Dharamsi, the incumbent Chairman of Africa Federation, in his message expressed his satisfaction over the process of electing the Chairman of Africa Federation and thanked Alhaj Gulamabbas Khaku for the prudence, professionalism and efficiency in the role he performed as the Electoral Commissioner of the Africa Federation. In his message to Shabir bhai Najafi, Alhaj Anwarali Dharamsi conveyed his congratulations and wished him success in steering the Institution to greater heights for the benefit of our larger Community in Africa. He complimented Shabir Bhai for his dedication to the Institutions that he has served for past several years. Alhaj Anwarali expressed his thanks for the support and cooperation accorded by Shabir bhai during his two terms over 6 years in the office as his Vice Chairman.

Shabir bhai Najafi was nominated for the post of Chairman of Africa Federation for the term 2016-2019 by the following Jamaats:

In accordance with the Constitution of the Africa Federation Article No. 27 a (i) the official handover of the post of the Chairman shall be performed at the 26th Triennial Conference on 29th April 2016, in Dar es Salaam. On behalf of the Chairman Alhaj Anwar Dharamsi, my fellow colleagues and members of the Constituent Jamaats in Africa, I congratulate Alhaj Shabir bhai on his election and wish him success in serving the Community.