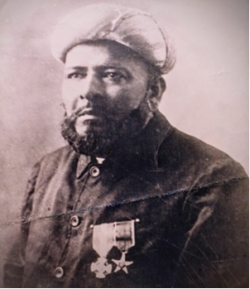 Fazal Hasham Jivraj was born in Kera, Kutch, India in 1867. A firm intention of an overseas adventure, led him to travel by dhow to Zanzibar at the age of 13. After a year-long stay in Zanzibar, he travelled to Mogadishu where he worked for 5 years at Haji Khatau who was originally from Mandvi, Kutch. Impressed by the astuteness, dedication and sincerity of Fazalbhai, Rashid Kanji Rajpar of Zanzibar employed Fazalbhai as a manager of his newly opened Mogadishu branch. His business at Merca was being managed by Jaffer Gangji. After a few years, Fazalbhai’s hard work made him famous and his employer finally appointed him as General Manager for all his branches in Somalia.

Support to his relatives

In spite of his being engrossed in business, Fazalbhai felt his responsibility to the other family members who still lived in India. He arranged for travel of his brothers Abdulla and Mohamed from India to Mogadishu. When they arrived, he opened a business for them under the name of Haji Abdulla. He continued working for his employer with utmost devotion until 1911 when he resigned. In 1912, he joined his brothers and opened a new company “Fratelli Hasham”, Italian for “Hasham Brothers”. With the grace of Allah (SWT), the new business grew up very fast and prospered very well.

From a young age, Fazalbhai had the cause of the community at his heart. Despite being limited in financial sources while working for Rashid Kanji Rajpar, by 1886 he was able to instil among members the need to establish a Jamaat. Majalis were being held at the home of Fazalbhai and during Muharram, he arranged for Seyed Abbas Alavi, a Bahraini Aalim from Zanzibar to deliver the majalis. The Ithna-asheris of Mogadishu did not have a cemetery and Fazalbhai purchased land and donated it as a cemetery calling it “Hussaini Bagh” (Hussaini Gardens)

Due to intense efforts of Fazalbhai for the construction of a mosque, he was able to purchase a piece of land and donate it for this purpose. Haji Khatau and Haji Remtulla Kassam also donated land. As a result of these donations, Fazalbhai directed his efforts to collect contributions for the construction of the mosque. The mosque was finally constructed in 1890 and a small building nearby constructed as Imambargha. Due to increase in population, a second storey was added to the Imambargha in 1916. In 1943, the mosque was extended by adding another storey. The expense for extension of the mosque was born by three generous donors. Due to a further increase in our population extension works on the Imambargha started in 1950. In 1951, the opening ceremony of the new Imambargha was conducted by Maulana Seyyid Mohamed Dahelvi. 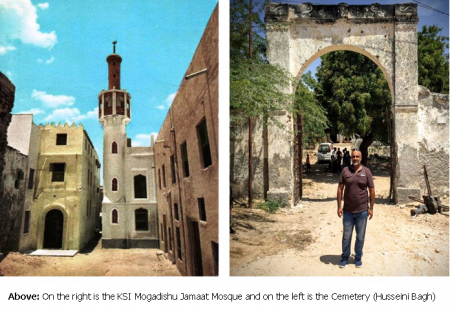 Fazalbhai got married in Mogadishu and had ten children out of which two survived - son Ahmed and daughter Sakina who later got married to Mohamedali Janmohamed Kessani.

Fazalbhai’s skills, selflessness, concern for the well-being of others, integrity and honesty led to his business gaining great fame. As a result of this, he prospered well and as soon as he had adequate funds he travelled for Hajj and Ziyarat and decided to pass through India on his return to Mogadishu.

His extensive business connections led him to be appointed as a shipping agent during the First World War. Due to the outbreak of plague disease, he had constructed a shelter on the outskirts of the town and where Somali and Khoja community members would stay. Soon after the plague, the area was engulfed in famine and a severe shortage of grains ensued. Fazalbhai made efforts to import maize and barley from Sudan and sold them at a most reasonable price. He also distributed free grain to poorer sections of the society. He also personally took care of feeding the poor by arranging for mass cooking of food at Hussaini Bagh (cemetery). The colonial Italian authorities readily sought Fazalbhai’s advice on a regular basis.

Fazalbhai passed away in March 1925. A multitude of people from all sections of Mogadishu participated in his funeral. The government authorities participated in the funeral with full honour. His piety, sincerity, generosity and humility are deeply remembered by all who were associated and knew him. In accordance with his wishes, his body was transported to Karbala, Iraq for burial. 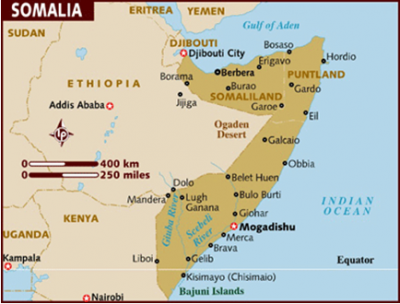