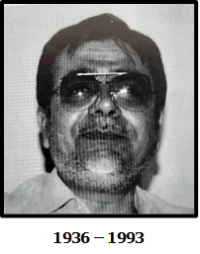 It is with profound regret we take note of the sudden demise of our good friend, colleague and the community's popular personality, Alhaj Abbas Alloo. A bbas was born in Zanzibar on March 5, 1936. When he was still a young boy,he moved to Dar-es-Salam with his parents.He joined his father's business and involved with community affairs in his early twenties. When he was only 25, he was appointed as a Councilor of the Africa Federation where he served for several terms.

In Dar-es-Salaam, Abbas originated the project of Bilal Muslim Mission Charitable Public Dispensary. He purchased a property adjacent to the Mission complex and donated it in his mother's name, which is now known as Mrs. Leilabai S. Alloo Dispensary. He was one of the earliest supports of the Mission and served on its committee.

Abbas moved to Toronto in 1982. Among his numerous contributions to the community were; He conceptualized the formation of a world body to centralize the affairs of the Khojas under one Federation in 1966-67. This concept materialized in 1977 with the establishment of The World Federation. He took leadership of the ailing NASIMCO and turned it into a respected body and an active member of the World Federation. He took a leading role in forming the International JIBA, and organized the Ontario Chapter of JIBA. He kept himself well informed about our communal affairs and institutions worldwide and was always available to advise and serve whenever a need would arise.

After achieving admirable success in Tanzania and then Canada, Abbas took early retirement about three years ago to pursue his other interests in life. Chief among there was compiling a book on the history of the Khoja Shia Ithna-Asheris in the world. This project is in an advanced stage now and glimpses have appeared in recent issues of "Shia international" Unfortunately, he could not complete this noble task. Abbas was on the advisory board of "Shia International" and also a regular contributor to the magazine. His columns "Vatan Se Dur" and " Zar-Mar" are popular with the readers.

Abbas has left a permanent place in the hearts of those who had the privilege of close association with him.Abbas passed away in Toronto on Thursday July 1, 1993 (Ashura Day) at about 10 am, following heart surgery. He leaves behind a widow, a daughter and a son.