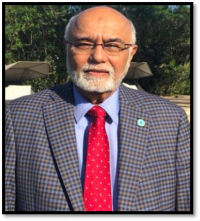 Dr. Moledina was born in the year 1950 in Mombasa, Kenya where he grew up. He obtained his primary education at KSIJ Alibhai Panju Primary School (Presently Jaffery Academy) and secondary education at Alidina Visram High School. His favorite sports were cricket, tennis and table tennis. He played tennis and cricket at our community’s Jaffery Sports Club in Mombasa. He studied at Aligarh Muslim University from 1969 to 1970 and then at Grand Medical College in Bombay where he graduated as Medical Doctor in 1975. 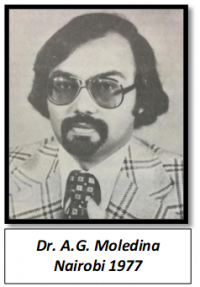 In 1975 he married Batul Hassanali Nasser of Dar es Salaam, Tanzania. He is blessed with one son Ali Kassam and two daughters Mubina and Farzana. He practiced at the Aga Khan Hospital and then at the Nairobi Hospital in Nairobi from 1975 – 1978. He also initiated and worked at the community clinic established at our old mosque in 1975. He started his private practice in Nairobi in 1978. He also served as a committee member of The Nairobi Jamaat. In 1981 he moved to Uganda where besides his private practice started a Pharmaceutical distribution company.

In the year 1977 Mulla Asgharali M M Jaffer appointed him from Nairobi, Kenya and Dr. Amir Lakha from London U.K, to head the first free Hajj Medical Mission organized by World Federation for the care of our Hujjaj during the Hajj pilgrimage.

This Medical mission deepened his interest in further serving the Community. In 1997, Africa Federation decided to hold the 55th meeting of Supreme Council in Kampala where Dr. Moledina was the Chairman of the Organizing Committee. Shabirbhai Najafi, our current Chairman of Africa Federation was Chairman of Kampala Jamaat at that time. The meeting was well attended.

Kampala was the venue for the 4th Triennial Conference of AFED held in 1955. After the exodus of Asians from Uganda in 1972, the Supreme Council meeting in Kampala gave a good opportunity to our brothers to visit Kampala again. In 2000, Dr. Moledina expanded his business interests to Mozambique and South Africa.

Dr. Moledina continued serving the Community in various fields. He also served as an Executive Councilor of the World Federation for many years. He has served as President of Kampala and Maputo Jamaat, Trustee for many years at Africa Federation, Head of Central Bilal Board & Vice President of Africa Federation (2004-2007) and then rising to the highest office in the Community as President of the World Federation (2009-2017). He initiated various projects in Education, Housing, Economic Upliftment, Tabligh and Islamic Education which led to the establishment of the BLESS Project in Bilal and MCE Project at WF. His love for humanity and our Khoja Community has been the prime motivation and drive for success in the service of the creator! May Allah (S.W.T) accept his humble services. Amen.

It was during his tenure as WF President when two daring rescue missions were carried out. These were headed by Murabbi Sajjad Bhai Rashid of Mombasa with dedicated community volunteers of both genders who went by ship to rescue and relocate our community members from the war-torn zone in Yemen to Djibouti – a transit location organized by the World Federation. Families were then re-settled in various countries.

Dr Moledina continued to build harmony and unity among the various regions and succeeded with his team to ensure that all Khoja Communities spread throughout the globe are regional members of the World Federation.

He was appointed as a Councilor by the President of the World Federation in May 2017 and continued to work in close liaison with the World Federation team for the progress and prosperity of our Community and in the service of humanity at large. He is also the nominated Councilor of the Federation of KSI Jamaats of Africa for the term 2019-2022.

SOME OF THE MEMORABLE PHOTOGRAPHS OF THE EVENTS: 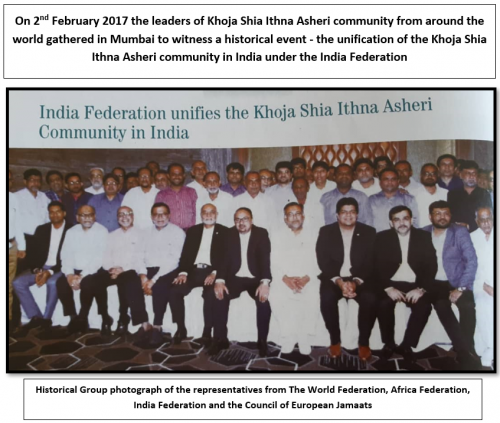 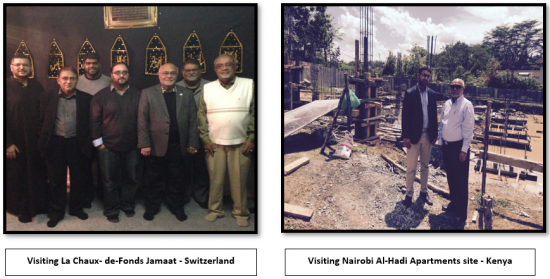 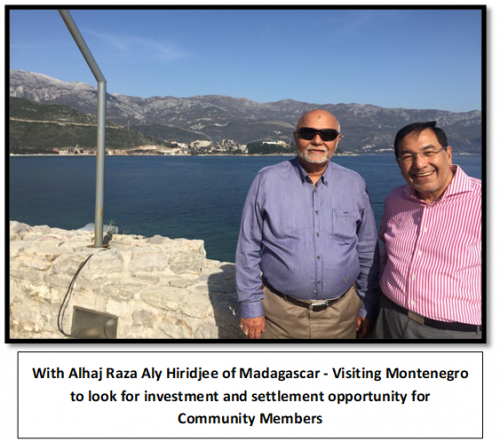 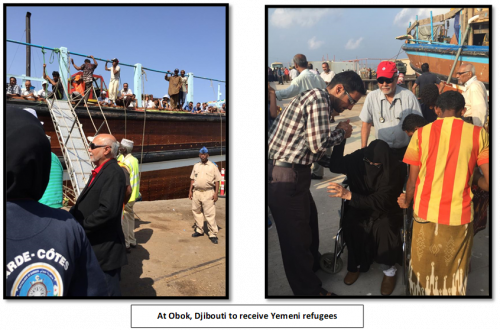