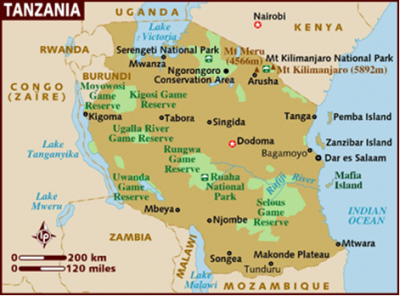 Tunduru is situated in Ruvuma Region in southern Tanzania. In 1950s Ruvuma, Lindi and Mtwara regions were all called the Southern Province. The distance from Dar es Salaam to Tunduru by road is 520 Kms.

The earliest settlement of our community in Tunduru is believed to be in the year 1915 when Lalji Datoo migrated from Malia in Gujarat, India to Kilwa where he met his cousin Virji Walji Somji (Bapa). From Kilwa he proceeded to hinterland towards Tunduru- Ruvuma region – an area that was infested with lions and other wild animals. After settling down in Tunduru, Laljibhai Datoo started to invite other relatives to settle in Tunduru. In 1940’s the Jessa Family of Dar es Salaam had established a cotton ginnery at Kitanda, some 10 miles from Tunduru settlement and Late Jafferali Jadavji Dhanji started employment there. These two families were prominent there and later on many other community members moved and settled in Tunduru. Basically, everyone had opened shops and some even ventured into interior villages like Nalasi, Mbesa, Matemanga.

The first Masjid in Tunduru was built by Lalji Datoo around 1940 and at that time there were 10 families. (45 heads) During the Second World War many businessmen started to supply goods to the British troops onward to the Federation of Rhodesia and Nyasaland. In 1950 the British Government decided to move the Tunduru settlement to another area about 2 Kms away linking the road towards Songea. The New Tunduru was a more pleasant place. All businessmen were given plots and our community members started building residential houses. By 1960’s most had moved to the new settlement that was known as Majengo. The religious activities were being performed like in other Jamaats in Tanganyika, such as daily Namaaz, Majlises, Azadari and Dinyat (Religious) classes, these being the focal point of community. The Jamaat had local mullahs like Marhum Hussein Jaffer who had a melodious voice in reciting Majlis and Duas. Marhum Shariff Esmail Rawji and Gulamhussein E Rawji were the stalwarts Mullahs who steered the community ahead. The Premji family members were in the forefront in the Azadari as well. Mehralibhai Premji was among the dedicated members of the community who served as Secretary of the Jamaat for as many years.

The census of 1961 by Africa Federation shows there were 20+ families with total population of about 95 people (heads).

The following families had resided in Tunduru:

Following the resolution at the Conference held in Arusha in 1958, a special committee was formed to visit Jamaats in East Africa and Belgian Congo (presently DRC) to collect funds for Tabligh and scholarship. Fazalbhai Ladha Dinani and Haji Rashidbhai took charge of visiting Jamaats in Southern Province of Tanganyika. Tunduru Jamaat members contributed Shs. 17,000 a hefty amount during that period. In 1960, Haji Ebrahim Sheriff (President of Africa Federation) visited many Jamaats, including Tunduru in appreciation of their support during fund collection. (The photo below shows group photo with Marhum Ebrahim). Fazalbhai Ladha Dinani provided the transportation for the visit.

In 1957 a new Masjid was constructed on a new Plot (Majengo) whereby all community members contributed funds generously and built their residences near the masjid as well. The families of Laljibhai Datoo contributed bricks and timber for the entire Masjid. Maulana Haroon and Sayyed Sharafat Hussein from India served in Tunduru in 1960’s. Life was good and pleasant. Most of the children were schooling and there existed a vibrant Madressah. The Muharram programs were lively with Azadari and other activities held for both, gents and ladies. In 1963 Datoo Primary School was established by Lalji Datoo family providing secular education to children up to the age of 12. The teachers were recruited from India. Children later on proceeded to Lindi for secondary education. After the nationalization of the school by the Government in 1967, the school was renamed Mungano School, which still stands today. Most of the families left Tunduru from 1976 for Lindi or Dar es Salaam to further their business lives and for education of the children. Today the beautiful Masjid stands there as a legacy of the once vibrant community with only 3 families left at present. The 70 Marhumeen buried in the graveyard is another testimony of the community’s footprints. Indeed 100 years is no feat in history. 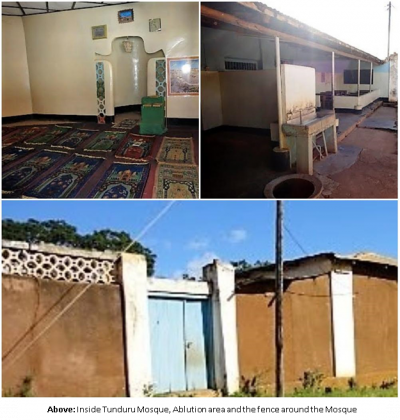 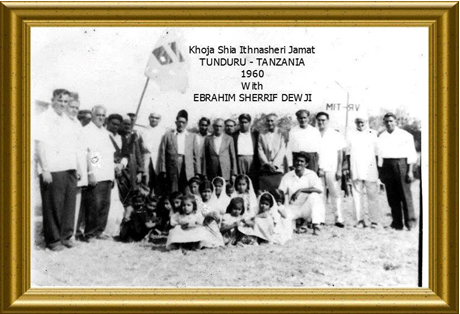