In 1909 Karmali Hansraj Jagani accompanied by his family travelled to Dar es Salaam from India by ship “Queen Bismarck”, the journey taking a total of 9 days. His son Gulamhussein who was five years old at that time has narrated this story. Being the first visit to a new country, Karmalibhai had no idea of what to expect. On arriving at Dar es Salaam, he stayed at Ismaili Musafarkhana. After 7 days, he travelled by train to Igalula. He then walked for two hours to Saneku, 10 miles away. From Saneku he walked 60 miles to Tabora arriving a day later. The women and children were carried all the way by porters in litter (machera).

After staying in Tabora for a month, he walked for two days to Manakulwa, 70 miles away. He joined in the employment of Walli Omar. There were 4 shops at Manakulwa; their owners being Sheriff Jiwa, Nasser Virjee, Walli Omar and an Arab, Khalil bin Nasser. After staying at Manakulwa for about a year, he again moved to Tabora. After staying for four months at Tabora, he travelled by train to Malagarasi. He then walked for eight days to Ujiji, 120 miles away. There were 15 shops at Ujiji where Karmalibhai joined employment of Nasser Virjee. Majalis were held at Nasser Virjee’s house. The houses at Ujiji were all built of mud bricks – also called dhebe. After staying for 4 months, he was transferred to Usumbura (now Bujumbura). Nasser Virjee was the only business belonging to our community in Usumbura. There were four other Indian and eight Arab shops. Nasser Virjee closed down in 1915 and Karmalibhai and his family left for Ujiji where he stayed two months. He then returned to Usumbura to start his own business which he ran until 1936. 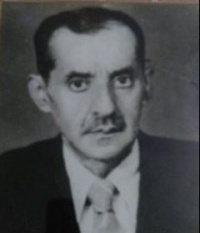 Karmalibhai’s son Gulamhussein had now grown up and had been helping his father in his business. He also acquired excellent business skills. Majalis and Nyaz were held at the home of Karmalibhai upto 1936. There was German rule at the time. In 1917, Ruanda-Urundi was transferred to Belgian administration. In 1936, Gulamhusseinbhai went to Kigoma by ship. He then travelled to Mwanza and Kampala for business opportunities but was not impressed. He returned to Kigoma and started his own business by the name M. G. Karmali – which runs till today (as of 1960).

Honesty of the native people

Gulamhusseinbhai recalls an incident reflecting the honesty of the native people in the olden days. At the end of war in 1918, there was severe shortage of merchandise as a result of the restriction on movement of goods during the war. Br Musa Jaffer Mulani had brought some goods to Kigoma from Kigali and Gulamhusseinbhai bought the whole lot by giving him 35% margin over the cost. There were two types of currency in use at the time – German Rupees and Belgian Francs. The government accepted francs only while the businessmen accepted both. Musabhai wanted to send the money he received to his brother Suleman in Kigali. Two porters were hired to take the money from Kigoma to Kigali. The porters made the 245 mile journey on foot. Just five miles short of their destination, they were blocked entry by Belgian authorities due to outbreak of smallpox. The two porters had to make the return trip which took them one month and handed over the 4000 Rupees entrusted to them. 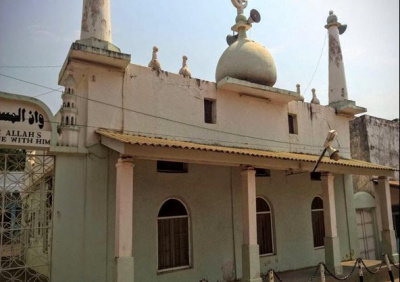 The KSI Jamaat Mosque in Kigoma which was built in 1935 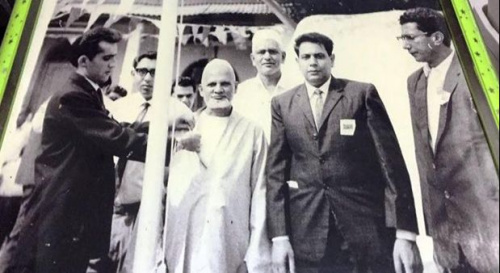 The photograph below was taken on the occasion of the Africa Federation flag raising ceremony, this tradition continues till today in several Jamaats of Africa, the ceremony takes place after Eid-ul-Fitr prayers whereby Jamaat leaders, Resident Alim and members of the community assemble in the mosque compound greeting each other, after a short ceremony.