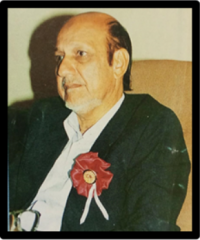 Marhum Alhaj Habibbhai Mulji was an accomplished social worker and acknowledged leader of our Community in Africa. Born in Mwanza in 1930, he started serving the community in several positions from a young age of 30. From Nairobi to Dar es Salaam he served in the Managing Committee under different Presidents, and rose through the ranks from Jamaat level to becoming the Vice Chairman of the Africa Federation from 1983 through to 1989. He then rose to the prestigious post of Chairman of the Africa Federation, a post which he held for two terms from 1989 through to 1995.

An active sportsman during his younger days, Marhum Habibbhai was always a personality who led from the front. In family business, he was the Managing Director of a Fire Appliances and was also a devoted family man. The unique type of leadership which Habibbhai possessed and demonstrated and which always stood out and made him rise above the rest was his soft-spoken character, graceful demeanor and enormous modesty and humility with which he conducted himself. He was always firm on matters of principles and would not be swayed by any kind of influences, whether internal or external when it came to safeguarding the collective interest of our Institutions and the Community at large.

During his tenure as the Chairman of the Africa Federation he was confronted by a number of issues that were later to become landmarks in the history of the Community. This included the unprecedented en-masse rescue of our brethren from Somalia in 1991. Under his leadership, the Africa Federation successfully managed to mobilize the communities of Mombasa, Dar es Salaam and Arusha to accommodate the displaced brethren from Somalia. They were provided with shelter and food and efforts were then facilitated to sustain themselves, while some families decided to stay on in Kenya and Tanzania. This was made possible by the establishment then of the Settlement and Welfare Board of the Africa Federation (SETWEL).

Marhum Habib bhai was always mindful of the less fortunate members and the Community vividly remembers him breaking into tears when he received our brethren from Somalia in Mombasa. The death of two Maraje Taqleed demanded that he steer the Community to the selection of the next Marjae Taqleed while ensuring that the unity of the Community was not compromised – as communal unity was always of paramount importance to him. This was a daunting task but he successfully managed to have this transition conducted smoothly and with diligence. During his two terms tenure he established facilities which to date provide invaluable services to the Community. These include the Central Health Board (CHB) which was formed during his term. The concept of Medical Screening was introduced then, and till to date proves to be a valuable source of information on the health conditions of our Community. A very powerful message he gave us was “Let us be seen as the fragrance of perfume that lingers on behind long after the wearer of the perfume has passed on”

Marhum Murrabbi Habib bhai Mulji passed away suddenly on Saturday the 24th September 2005 in Birmingham, the United Kingdom. The news of his death was received by the community with profound grief and sorrow. Today, on the occasion of the 15th anniversary of his demise, our community mourns this great iconic leader of ours and salutes his unique personality and leadership. We pray to Allah (SWT) to rest his soul in eternal peace, amongst the Chosen Ones. Ameen. 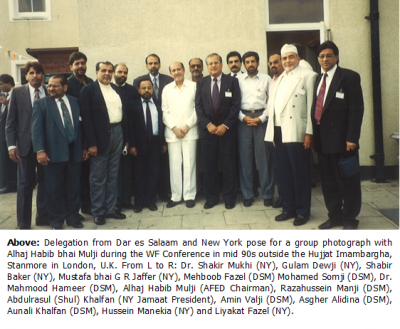 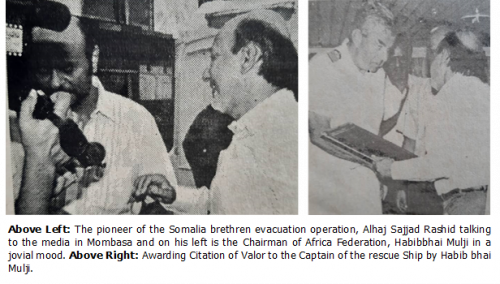 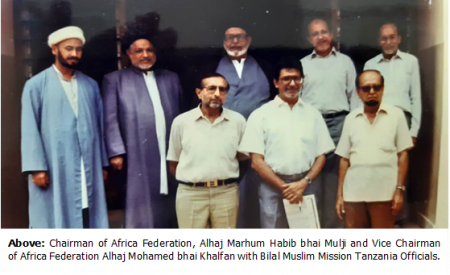