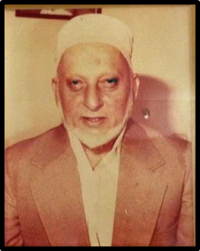 Born in Mombasa, Husseinbhai was the eldest of Habib bhai’s four sons. An active sportsman, he served the community in various capacities starting from a young age. He is however best remembered for his untiring efforts when the Hyderi Imambara was constructed in Mombasa from 1968-1970. He also supervised the extension of the Jaffery Sports Club pavilion. He served in the Jamaat, Africa Federation and Sports Club management.

During the Chairmanship of Marhum Mulla Asghar Saheb he served as Hon. Treasurer.

He was an active sportsman, especially in cricket. Husseinbhai passed away in Mombasa in 1980 at the age of 56. His children are Alhaj Mohamedraza Janmohamed (serving the community of Orlando), Zehrabanu Asgharali Kassam (Nairobi) and Salma Gulamabbas Gulamhussein (Mombasa).