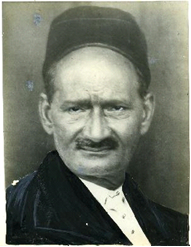 Ladhabhai Meghjee was born in Nagalpur, Kutch, India in 1890. Like many other Khoja Ithna-Asheris at the time he migrated to Zanzibar at the age of 13 in 1903. After working in Zanzibar for two years, he joined Nasser Virji and worked at their branches in Ujiji, Bukoba and Mwanza for 7 years. In 1911, at the age of 21 he married Sakinabai, daughter of Janmohamed Ravji of Zanzibar. Sadly, Sakinabai passed away in 1923 during childbirth. In 1925 Ladhabhai got married to Fatmabai Alibhai in India.

In 1912, he started his own business in Mwanza initially on a small scale and which continued to progress with time finally resulting in a significant business empire. He started trading in commodities such as grain, rice, wax and animal hides. This soon expanded to the establishment of rice mills and coffee mills. Soon after he leased cotton ginning factory and cotton-seed oil producing mill.

Whilst most of the community businessmen were just interested in cotton ginneries to sort the cotton, Ladhabhai was greatly involved in cotton growing and improving the quality of the cotton by promoting better agricultural methods. He used to travel to all the districts including Ukerewe and reward the farmers who produced better cotton and because of his efforts Mwanza district became the foremost producer of quality cotton. His business adventures took him to purchase 2 gold mines around the Buckreef region not too far from Geita. Today, the second largest gold mines in Africa are situated there.

Ladhabhai was keen in Jamaat and public community affairs. The Mwanza Musafarkhana was built under his leadership in 1937. Ladhabhai had also donated land for the construction of the mosque in Mwanza. The name of Ladhabhai will forever be remembered as the community continues to benefit from this mosque. Ladhabhai was President of Indian Association of Mwanza for many years. He was also a member and trustee of Mwanza School Board. The Mwanza public library bears his name due to his significant contribution. Soon after his death, a large piece of land was given to the Holy Family Church at a nominal price. The Holy Family Primary School, now Nyakahoja Primary School was built on this land.

Although he was raised in a traditional environment his foresight was modern and creative. He took great interest in sports and remained a good tennis player even into his middle age. He was also an initiator in the establishment of the Mwanza Sports Club - where his contribution was well known. He was a simple person of amiable nature, mixing with everyone, very kind to his employees and an anonymous donor. Mwanza residents who remember his compassion with those suffering are overcome with emotion when describing him.

Ladhabhai Meghjee passed away in Mwanza in February 1951 at the age of 61. Ladhabhai was highly respected person in the community and community members closed their shops as a mark of respect upon his death. The Asian community also arranged a memorial service in his honour. The funeral was attended by a multitude of Africans, Europeans, Asians, Christians, Hindus and Muslims alike. At his funeral, the British once again honoured him, this time with a 7-gun salute. Marhum left behind a widow and 9 sons and 3 daughters.