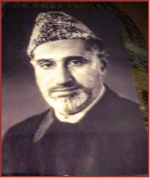 Mulla Gulamhussein Ladha’s family was the first Ithnaasheri family in Kaberamaido. He arrived in 1938 from Soroti. He was a Zakir-e-Hussain and used to recite majlises in Kutchi and Urdu and Ismaili Community would attend as well. All religious programs which included Thursday, Wafat, Khushali and Mahe Ramadhan majlises were held at Mulla Gulamhusein's house. Members of the Ismaili Community later on requested for turns to hold majlises at their houses as well which were recited by Mulla Saheb. Mulla Saheb used to recite majlises in Atuboi (a town 15 miles away) as well where all the residents were Ismailis and the majlises use to be held at the Jamat Khanas. 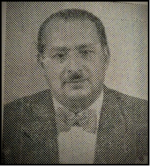 Another family in Kaberamaido was that of Alhaj Salehmohamed. Hassanalibhai Salehmohamed migrated from India and arrived in Mombasa at the age of 12. He then travelled to Kaberamaido where he initially worked for his maternal uncle Rashid Bata for six years. He then worked for his brother Rajabali Salehmohamed for two years, before leaving for India for marriage. Upon returning from India he worked in partnership with his brother for a year, after which he started his own business. When he first arrived at this town, there were 5-7 Turkish and about 5 Ismaili shops. There was good cooperation between Ismailis and Ithna Asheris which continued. Thursday, Wafat and Wiladat majlis continued to be held in turns while Muharram Majlis were held at the residence of Hassanalibhai on sponsorship basis. The Khoja population increased gradually.

Following a 1954 decree by the Aga Khan, Hassanalibhai and his brothers Rajabalibhai and Yusufbhai Salehmohamed, decided to leave the Ismaili fold and join Ithna-asheri faith. Hassanalibhai who was a Mukhi at the Jamatkhana resigned from the post and the three brothers publicly declared their move. The brothers then took their mother to India and then to Hajj and Ziyarat and returned to Kaberamaido in 1955.

On return from the trip, they found the need to have an Imambara. With his enterprising nature, Haji Hassanali gave a contract for construction of the Imambara at a cost of Shs 120,000, the Jamaat taking full responsibility for the availability of funds. The foundation stone laying ceremony for the Imambara was held in 1958. Haji Hassanali and Haji Gulamhussein then visited several Jamaats in East Africa to collect donations. As a result, a sum of Shs 150,000/- was collected. The construction for the Imambara and Musafarkhana were completed by end of 1958 and the opening ceremony was conducted by Haji Rajabali Salehmohamed.

There is an Indian Public School where classes are conducted up to Grade 6. Negotiations were held with Government regarding starting a secondary school. In 1949, an attempt was made to construct ‘Quaide Azam Memorial Hall Muslim School’. A plan was prepared and a donation of Shs 254 was collected. Seeing no progress for some time, Hassanalibhai went to Kampala and collected Shs 75,000. The Hall was finally constructed in the memory of Quaide Azam at a cost of Shs 95,000. The opening ceremony was conducted by the Pakistan High Commissioner, Janab Subhan Saheb in 1958. About 125 children were schooling at this building.

The (as it stood in 1960) population of our community was 58 heads. There was a sponsor ready to construct a mosque if the number of our community members grew. There is a common Muslim graveyard. Hassanalibhai Salehmohamed had served as President and Abdulrasul Ladha as Secretary of our Jamaat. Abdulrasulbhai Ladha took over presidency after about ten years and Anveralibhai Ladha was elected as President in 1970. In 1971, the community members had to leave due to expulsion of Asians from Uganda. Both Mulla Haji Gulamhussein Ladha and Haji Hassanalibhai Salehmohamed were born in Mundra, Kutch, India and were buried in Kaberamaido. Mulla Gulamhussein died in 1964 and Hassanalibhai died in a car accident on 14th February 1972.