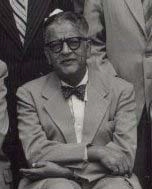 Habib Kassamali Jaffer, or HK, as he was popularly known, was born in Pangani in the then German colony of Tanganyika on February 4, 1890. The family subsequently moved to Mombasa, Kenya where he completed his metric education and then began working with the Standard Bank. He rapidly rose to a position of trust and responsibility, qualities that became synonymous with his name in his later career.

In 1921 he decided to take up a career in insurance and the following year moved to Uganda to establish an agency of The South British Insurance Company Ltd, for which he subsequently became the principal representative in that territory. His energy, integrity and meticulous attention to detail led to the rapid growth of his insurance business, ultimately reaching the point where his agency was among the largest personal insurance agencies in the world. In 1935 HK was appointed to the Legislative Council of Uganda where he served until its reconstitution in 1962 when Uganda achieved independence. During his time on the Council, he achieved the dignity of the title, “Father of the House”. In 1947, in recognition of his services to Uganda as legislator and businessman, he was appointed a Commander of the Order of the British Empire (CBE) and in 1953, in further recognition of his eminence in Uganda’s affairs, he went to London to represent Uganda at the Coronation of Queen Elizabeth II.

Following the partition of the Indian sub-continent into the separate states of Pakistan and India in 1947, the Independence was celebrated by both the Muslim and Hindu communities. The Muslims celebrated at the Jamia Mosque in Jinja and to demonstrate that there was no animosity or disunity within the small Asian Community in Jinja, HK leads a procession of Muslims from the Jamia Mosque to the Indian Recreation Club, where the Hindus were celebrating, to congratulate them. In appreciation and reciprocation of this gesture by the Muslims, Inder Singh Gill led a delegation to the Jamia mosque to show unity and celebrate with the Muslims.

HK was also a philanthropist and maintained several families on a monthly basis. In his position as a member of the Uganda Legislative Council, he was paramount in obtaining the land where the Kampala Imambara and Masjid stand today, for a peppercorn sum of 1 shilling. In addition, he built and donated the Masjid in Jinja, which still is in use today. He and his wife, Rukiyabai, began the tradition of the Ashura night Juloos in Jinja, which set off from his residence in Bell Avenue every year, until 1957, when the venue was a move to his brother's house.

H K Jaffer had 3 bungalows adjoining the Jinja Imambara, which he had built as an investment for his wife, Rukiyabai. These were repossessed by his family from the Departed Asian Property Custodian Board in 1993 and have been given to the Shia community for the housing of the students of the Jinja Hawza to this day.

HK will long be remembered for his contribution to the growth of commerce in East Africa and for his ready assistance in cases where there was need for his sound advice or material sustenance. He left this world on Sunday May 20, 1973, survived by his widow and two sons, Sultan and Anwar, and three daughters, Marzia, Nargis, and Zainab. 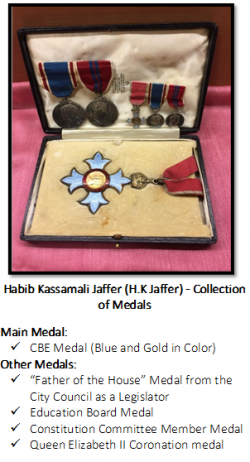 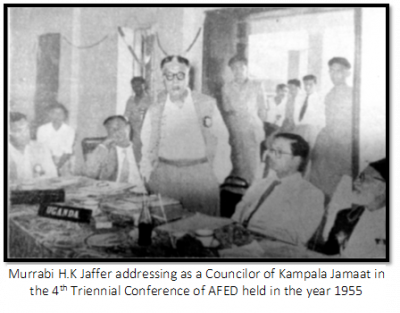 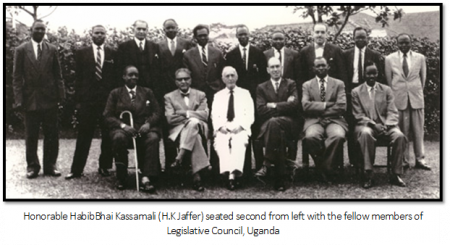 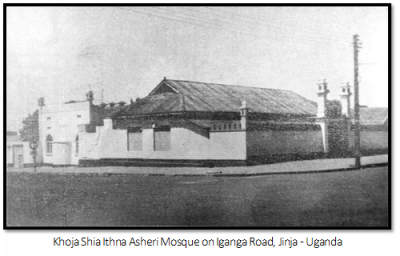 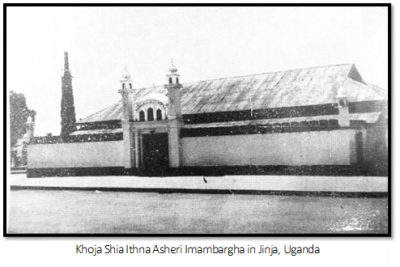