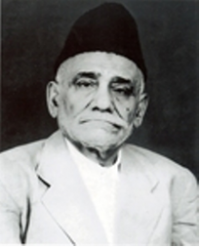 Gulamhussein bhai arrived in Africa at the age of 12 and joined in the employment of Esmail Khimji’s branch in Lindi, under a three-year contract at a salary of 1000 kodis which was equivalent of 300 rupees for 3 years. He arrived in Lindi in 1906 and at that time the Ithna-asheri community’s population was 200. The names of few of the traders at that time were as follows: Ali Walli, Kassamali Walli, Esmail Haji Khimji, Jaffer Najak, Moledina Karim Waaras, Alidina Walli Khaki, Gulamhussein Remtulla Pardhan, Alidina Mohamed Sajan, Moledina Mohamed, Gulamali Jaffer, Moledina Sumar, Allarakhia Sumar, Murji Moledina, Hirji Merali, Talib Dossa, Jaffer Premji, Pirmohamed Janmohamed and Mulla Esmail Gulamhussein. There were several others whose names he did not remember but he could recall the above as they were all from Kutch Mundra. There was only one Ismaili family.

From Mikindani, a prominent trader, Remtulla Abdulla regularly came to Lindi during Muharram, as did several traders from nearby smaller towns. Merchandise was transported by four-wheel ‘rukwama’. Goods from rural areas which were brought to town were wax, ivory, rubber and grain. Goods going out from Lindi were mainly clothing, salt, tobacco, etc. There was a good population of Arabs and two prominent ones were Bashir bin Ali an Bwana bin Haji. They were the main dealers in lime (chokaa). There were also two Liwalis namely Ali bin Athmani and Mohamed bin Zubeir.

After completing three years’ contract, his employer gave another 2 ½ year contract with double the salary due to his good performance. Gulamhussein bhai, at the young age of 15, was given the charge of the whole business due to his honesty and hard work. His employer then went for Hajj.

His Migration to Soroti

After gaining experience, he travelled to Antalaha, Madagascar where his uncle lived. He stayed there for six months studying the business environment. He was not impressed so he left for Zanzibar. After staying a month in Zanzibar he returned to India. This was during the First World War. He got married in India in 1914. In 1920 he travelled to Jinja where he joined employment of Haji Merali. He was later transferred to the shop’s branch in Namasagali. Haji Merali was a partner with Jumabhai Ramji in a shop at Bugondo. After the death of Jumabhai Ramji, Gulamhusseinbhai was sent to Bugondo to take charge of the shop. He later opened a shop in Bugondo. Due to problems in the education of children in Bugondo, Gulamhusseinbhai moved to Soroti in 1927. The school in Soroti consisted of 20 children studying under a tree. In 1930, a school was constructed in town and the number of children rose to 60. In 1939, six classes were constructed and the student number shot to 150. Later 3 blocks were constructed and the number of students reached 600. A secondary school was also been opened at the time with a student population of 100. There was also a cemetery which had a shed made of iron sheets and in 1932 a proper brick building was constructed.

In 1955, Gulamhusseinbhai went for Hajj and Ziyarat where he saw the Hajis and Zawwars reciting Qur’an during the whole journey. He felt sorry that he could not read Qur’an and so he decided to learn upon return. Within 3 months he was able to recite the Qur’an. Gulamhusseinbhai served our community with dedication in various fields. He has been a member of the Muslim Association and served in various capacities. He was also a school trustee. He was President of Muslim Welfare Society and a member of the Society. His voluntary services had no bounds. Among the various merchants in Soroti, Gulamhussein bhai is very prominent. He is well known for his humility, honesty and noble conduct. He still remembers all his old employers with sincere appreciation.

Gulamhusseinbhai passed away in Soroti, Uganda where he was buried. His children are Mohamedali, Ramzanali, Pyarali, Roshanali, Kulsum Somani, Sughra Mehrali, Rukia Fida Ladha and Shirin Khimji (all deceased) and Anwarali.