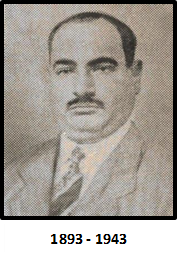 Marhum Gulamali Damji was a prominent businessman and one of the outstanding personalities in Tanganyika during Colonial time. He was among the few educated businessmen and was a leading exporter and importer of various commodities. He was an agent of the leading shippers of London “Kay Brothers”.

During the Colonial time “Congo Bank” was very popular and Marhum was appointed its adviser and broker. Being one of the renowned personalities in Dar es Salaam, he was elected President of the then “Indian Association”, a post he held for very long time. His emphasis and priority was always on the education of the masses.

The President of the Indian National Congress of India and Sir Sultan Mahomed Shah Aga khan III took keen interest in the welfare of Asian Community of Tanganyika and maintained contact with him. During his leadership he established several Indian Schools with assistance of the Government. He was the pioneer of establishing Dahya Punja Indian Public Library of Dar es Salaam on the corner of Makunganya and India Street, which still exists. Because of his popularity with good leadership skills, the Government nominated him for positions within Dar es Salaam Township Authority, Indian Education Board and in many public organizations.

Gulamalibhai was approached by many prominent members of K.S.I Jamaat to take the leadership of community in Dar es Salaam as there was no proper constitution and many legal matters were outstanding. An election was held and he was unanimously elected President of the Jamaat. He drafted the first Constitution of the Jamaat and was approved unanimously in 1937. This constitution was used by all successive committees until it was amended in eighties. Efforts were made thereafter to update it but were unsuccessful. During Marhum’s leadership many trust properties were acquired and many trust buildings were erected. Daya Walji Madressa by kind donation from Daya Walji family was also established during his time. The famous case of Ali Wali Trust Building was resolved by him through court. He always believed in acquiring properties for future development and future generations.

In early 1920, Marhum built his bungalow in Upanga which exists till today. In those days Upanga was just like forest with many wild beasts seen roaming during night time. Many meetings of the Jamaat were held at his premises. Many members as well as non members of the community visited his place as Picnic Spot on Sundays and were served with meals by Marhum. In Muharram, Marhum Gulamalibhai recited “Nauhas” in the Imambargha and was seen in the kitchen serving from “Dheg” whenever there was Nyaz; such was his immense dedication and passion in religion.

He left this transient world for his eternal abode on 18th September 1943 (17th Ramadhan, 1362) at the age of 50 years. The leading “Gujarati Newspaper Tanganyika Herald” whose editor was Mr. V.R. Boal published Marhum’s life in the front page of the paper, describing him as the most outstanding Asian community leader of Tanganyika. Many leaders of other communities also paid tribute to him for his dedicated and honorary services he provided so diligently. Marhum Gulamali Damji was the prestige of K.S.I Jamaat of Dar es Salaam. He is still fondly remembered by many old time residents of Dar es Salaam.