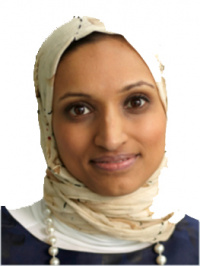 Fatima Manji is a General Reporter for Channel 4 News (Channel Four Television Corporation). Fatima joined the organisation in January 2012 and since then has worked on a variety of stories including the NatWest banking problems, Apple unwittingly encouraging phone theft and returning to her own school to look at job prospects for school leavers. Before this Fatima was a reporter, presenter and video journalist for the BBC in the East of England, where she investigated stories including exploitative landlords and hate crime against migrants.