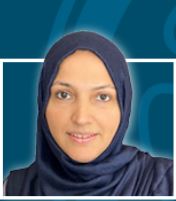 Born in Karachi, Pakistan, Dr Insiyah Agha is a medical doctor who graduated from Agha Khan University Hospital. As part of her degree, Dr Insiyah participated in several research projects, one of which included a study on the ‘Risk Factors of Breast Cancer in Women in a Tertiary Care Hospital.’ She also holds a Diploma in Child Health from the Royal College of Physicians and Surgeons in Glasgow, Scotland. Dr Insiyah is presently a Pediatrician at Fatimiyah Hospital in Karachi where she leads the Hospital’s vaccination programme in coordination with the World Health Organisation (WHO).

Within the community, Dr Insiyah has lent her expertise in various capacities. She has participated in medical camps based in North Pakistan to treat the victims of the disastrous earthquake of 2005. She is involved in the organisation of a yearly medical camp in Iraq over 2 weeks during the Arbaeen season where she is also the in-house Pediatrician. Being a female role model, Dr Insiyah sits on the Youth Professional Forum of the Khoja Jamaat as a panellist. Upon appointment as a Councillor by the President, Dr Insiyah will have oversight of the workings of The World Federation within Pakistan and work closely with Pakistan Federation, especially with regards to WF-AID and other partner charities. She will also be advising on Global Health initiatives