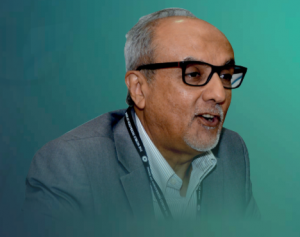 Munawer Habib Nasser Rattansey who passed away at the age of 70 years in London on 7 June 2020, 14 Shawwal 1441.The passing away of “Muna” as he was fondly known is an irreplaceable loss to the community. His soft spoken but firm stand on many matters concerning our community and humanity at large were enlightening and progressive.

After emigrating to Canada from Tanzania, he eventually settled in London, United Kingdom. A flourishing businessman who had time to serve the Khoja Shia Ithna-Asheri community and the wider Muslim community. Munawer was an avid volunteer since his younger days having served and helped in various capacities throughout his life. From being appointed as a secretary general of Hyderi Islamic Centre, London, he then served two terms as the president of The Council of European Jamaats (CoEJ) from 2005 to 2009. During his tenure he had the CoEJ Constitution overhauled and established a full secretariat offices serving the growing requirements of CoEJ near Hyderi Islamic Centre. It was also during his leadership at CoEJ, that the CoEJ became a Regional Member of The World Federation of KSIMC on 1 August 2007, which was in abeyance for over a decade prior to that. He established a number of programmes and projects that are running till today and started the devolution of projects specific to Europe from The World Federation.

His services and dedication to CoEJ was significant and left CoEJ as a sound and viable organisation to flourish under successful leaders after him. He continued to be an ardent supporter of its activities. After completing his two terms at CoEJ, he was elected as the Vice President of The World Federation of KSIMC from 2009 until 2014. His sense of humour, his focus on the agendas at hand and above all his concern and love for the less fortunate stood out with distinction in all the work he undertook. His rapport and cooperation with his team and colleagues was immaculate and full of sincerity and goodness. It was during his Vice Presidentship at The World Federation that his passion for tackling Islamophobia in media and outreach programme was realised. He was the first Chair of the Media Strategy Committee of The World Federation when it was set up 2012. He led The World Federation delegation to the Human Rights Council in Geneva in March 2014 where the issue of Shia in Pakistan was spoken about and had urged the Human Rights Council, its member and observer states to support the establishment of an international Commission of Inquiry or similar mechanism to investigate the human rights violations, abuses, war crimes and other violations of international law committed in Pakistan. He also visited the Bosnia office of the World Federation and saw firsthand how well it was working in propagating the message of Ahlulbayt (a.s) and to replicate that in the emerging states following the collapse of the Soviet Union.

He served as a member of the Central Working Committee of The Muslim Council of Britain and was elected to its National Council for the term 2014-2016. He spent a significant amount of his time in building bridges and bringing together various Shia and Muslims organisations together and exploring ways in which they could all work together for the common good of all Muslims globally. He dedicated a lot of his time even after his vice premiership in trying to see if he could unite all the Shia organisations in the UK to work in a collaborative manner.

He was blessed with wealth and spent it quietly and discreetly helping out organisations (both internally and externally) in their time of need and for higher education for those who could not afford. A true philanthropist as per the teachings of the Ahlulbayt (a.s.). He was a supporter of the oppressed. His loss is not only to the members of his family but to the whole community. He reached out to old and young, and had a vision to bridge differences amongst faith groups, learn from each other and live in harmony. On behalf of the entire teams at The World Federation of KSIMC and at The Council of European Jamaats with whom he worked tirelessly, we convey our heartfelt condolences to his family. He is survived by his beloved wife Zeenat bai and son Mohamed and daughter-in-law Anisa bai.