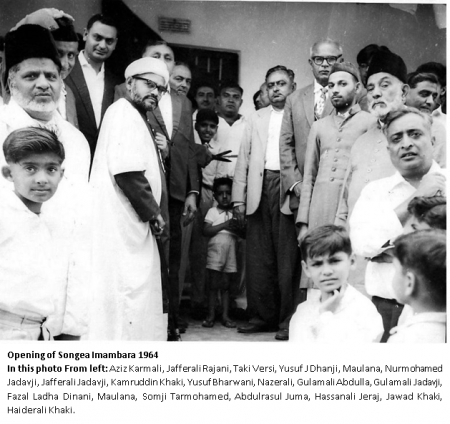 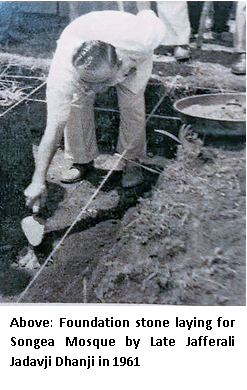 The opening ceremony of new Mosque and Imambara was done with great fanfare on 24 Zilhaj 1384 (April 1964). The mosque and Imambara were constructed through generous donation from the families of Marhum Ladhabhai Dinani and Marhum Jadavji Dhanji. The Honorary Secretary of Songea Jamaat, Alhaj Fidahussein Haji Mohamed Khaki spoke on this occasion. He said the community had finally been able to fulfill the need for these institutions, after having settled in Songea 35 to 40 years ago.

He also mentioned the family’s previous contribution towards the renovation of the old Mehfil and also construction work at Kabrastan for majlis/mayyit namaz room. He also thanked Gulamalibhai Jadavji Dhanji, President of the Jamaat, for having supervised the whole project. He finally thanked Alhaj Sherali Jeraj for his efforts in the whole Project. He also thanked all the visitors from Tunduru and Lindi Jamaat who attended the opening ceremony.

Some Memorable Photographs of Songea Jamaat 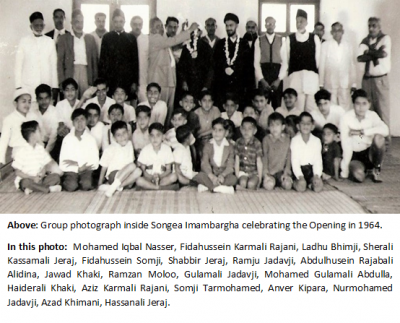 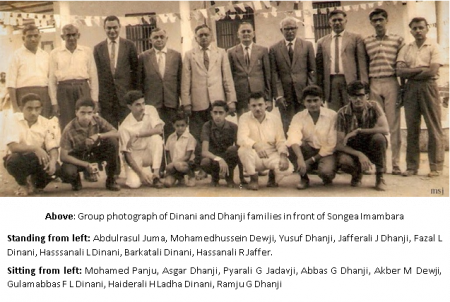 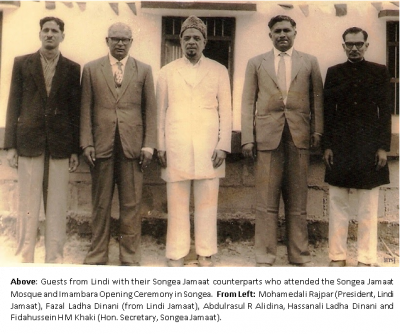