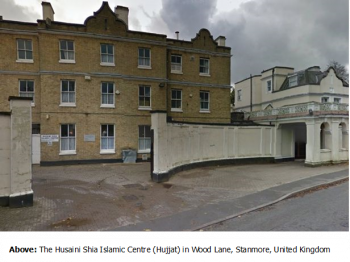 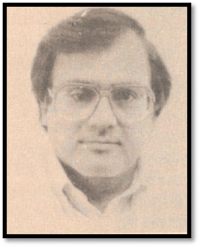 All praise and thanks be to Allah (SWT) who made it possible for me to be in the team which started the Husaini Shia Islamic Centre popularly known as “The Stanmore Project”. Alhamdulillah, this Centre which is now complete, is a milestone in the history of Khoja Shia Ithna Asheri Community of London. The foundation for the development of our community in London was laid in the 1960s mainly by students from East Africa and it has been a privilege and honour to be associated with its development culminating - as far as I am concerned - to serve as its President from 1983 till to date. I have been involved in this project since its inception in 1984, but as I have often said it is not the lofty sails but the unseen wind that makes the vessel move. One day Insha’allah history when recording greater detail the part played by all those unsung heroes suffices to mention that never in the history of our community has there been so much across the board involvement in project construction. The rich and the poor, the young and the old, the strong and the feeble, men and women all played their part in making a reality that was for many years a mirage. The financial contribution was very important but equally indispensable was the dedication and enthusiasm shown by all those who came on the site every Sunday to do physical work to prepare the old Imambara in the outer house. The project necessitated my travelling abroad where I was received with courtesy and cooperation. To all Jamaats I visited, in this hour of our glory, we remember your noble contributions. The centre has been built with a view to serve not only London but to act as a magnet attracting all our brothers and sisters from all over the world and serve the religious, social and economic needs. This has been the main concept in constructing this complex, the fulfilment of which will depend on the vision and commitment of those whom the torch must now pass and on the cooperation of all Mumineen and Muminat.

The presidents of the World Federation as Wakils of Ayatollah al Ozma al Seyyid Abul Qassim al Khui have been most cooperative in giving effect to the Ijaza allowing the Jamaat to utilise 100 per cent of Sahm e Imam (AS) towards the construction of the Centre. Our Marj’a (May Allah [SWT] protect him and grant him long and healthy life, Ameen) also took a keen interest in the progress being made and always wrote encouraging letters and Duas for the success of the centre for which is very much appreciated. The cost of this project including the purchase price has been around pound sterling four million, I'm glad that we have been able to complete the construction within the figures projected in the fundraising brochures issued in 1987.

The Stanmore project is the first of its kind in the Community at large. That we have been able to raise nearly three million pounds within a span of four years speaks volumes for the dedication of those who have been active in the fund collection, of the wealth in the Community and of the generosity of the donors to spend in the way of obtaining the pleasure of Allah (SWT), I am confident that members of the Community will continue to donate to pay off the bank overdraft. It is an opportune time to express my gratitude to one and all who supported us in this project - in one way or the other- and seek for the forgiveness of Allah (SWT) and all Mumineen and Muminat for any of the shortcomings and mistakes.

I am grateful to Allah (S.W.T.) for granting me Tawfik and good health which made it possible for me to serve this community for the past 6 years (1983 to 1989). This meagre contribution of mine is entirely for the pleasure of none but Allah (S.W.T) When we embarked on the mammoth task of acquiring a property and building a multi-purpose centre many eyebrows were raised and in all honesty, even our sanity was questioned. The whole project was treated as one big joke. Today, Alhamdulillah our dream has come true. Husaini Shia Islamic Centre has come to being and is now used extensively for religious and social activities. A project of such enormous magnitude would not have been achieved without the involvement, commitment and sacrifice of the members of the Community. I can only say (Ahsante Sana) to all those who have sacrificed their time, expertise and wealth. Only Allah (S.W.T) can reward them here and in the hereafter. Ameen 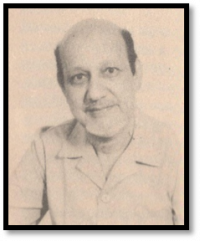 I feel very much honoured and delighted to have been asked to contribute a message for the Commemorative Souvenir marking of the official opening of the Husaini Islamic Centre, Stanmore in the U.K. When reviewing the Stanmore Project, one is constrained to give due cognizance to its multi-dimensional function. This very fact speaks volumes for those who conceived the idea and prepared the groundwork. On the one hand, the Husaini Islamic Centre is able to cater for the multifarious activities of the London Jamaat, which now has adequate facilities necessary for the provision of services related to its religious and social activities. On the other hand, by housing the Secretariat of the World Federation of Khoja Shia Ithna- Asheri Muslim Communities, the complex becomes the headquarters of our Community Worldwide. The importance of the World Federation cannot be under-rated; Necessity of permanent and adequate facilities for a Secretariat can also therefore not be undermined. The Centre has succeeded in meeting important communal needs. The existence of the Madressa Syeed al-Khui in the complex is another important dimension of the project managed by the World Federation. The Madressa will, Insha’allah, meet a religious obligation of immense proportions.

It is the evident therefore that conceptually all possible needs were catered for. Obviously, a lot of time effort and money must have been invested to crystallize the concept. The coming to fruition of the project bears testimony to the co-operation of all concerned I am confident that the Almighty Allah will reward them for all their contribution (Aameen). The entire membership of the Africa Federation joins me in the extending felicitations to the Khoja Shia Ithna-asheri Muslim Community of London on this auspicious occasion. History will undoubtedly record the magnitude of the project and the efforts required in its successful completion. Our community throughout the world will look upon the centre with great hope and shall expect it to focus the beacon of light for spiritual and social advancement. 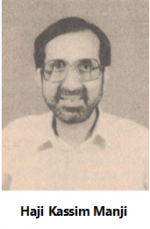 This report was presented during the opening ceremony of Husaini Shia Islamic Centre Stanmore London on Saturday 2nd December 1989 / 4th Jamadi ul Aakhar 1410 AH: The Ithna-Asheri Union (Union) has various functions, foremost of which is to provide a platform for the youths to express their views and to participate in the daily needs of the society. To this effect, the Union has organized bodies to integrate the community with the Islamic Centre. The Union Volunteers perform duties in the car park, serving food and tea to the public, and deep in the heart of the centre far from sight, they do the washing up and cleaning of the large utensils in the kitchen which were used to prepare the food. The Union has also initiated the formation of the literary Section which has a healthy and ever-growing selection of Video and Audio cassettes available in its library based in the centre. The Literary section has arranged debates in the past which bring various topics for front to increase the communication and debating skills of the youths.

With the view that all work and no play is unhealthy, the Union introduced the Sports Section. This body hires facilities of local sports centers for practice and tournaments and uses the premises of the Islamic Centre for table tennis and weight lifting on a regular basis. The Union has managed to send the sports team once to Nairobi and the second time to Dar es Salaam to participate in the Africa Federation Supreme Council Sports Festival, as well as in World Federation Tournaments. Plenty still remains to be achieved. The need for Sports ground is acute, as well as the encouragement of the youngster to participate by forming some sort of Scout section. A step could be taken to link our youth here with those overseas in some form of exchange trip. These are all on the agenda and sincerely hope that the next committee and Chairman will be able to implement these and other aspirations for the benefit of the next generation. 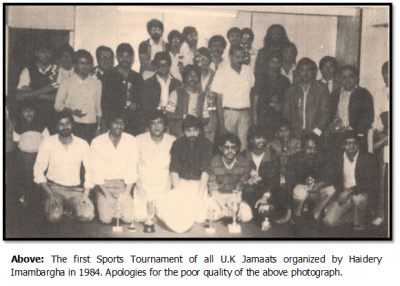