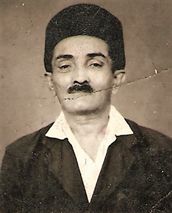 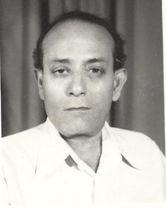 Fazal Alarakhia, younger brother of Shivji, arrived in Pangani in 1900 after a sea voyage from India. He was 20 years old. He joined in the employment of Shermohamed Alidina where he worked for eight years. He then moved to Tanga and started his own business. At that time, Tanga was a very small town which looked like a big plantation with houses made of mud and thatched roof from coconut trees. Being a coastal town, there was a substantial population of fishermen. The area where the Post Office and Karimjee Jivanjee office stand today were previously occupied by fishermen’s huts.

Tanga had a large Bohora population at that time. The original Tanga town was at Chumbageni, slightly further than the current Police Station. Chumbageni had 50 Bohora families and their mosque is at the same location ever since. At that time a Khoja Ithna-Asheri, Shermohamed Ladha was working at the Customs. The port of Tanga was given great importance by the German authorities and as a result it grew very fast. New houses were being built starting from around 1909. There were three Ithna-Asheri families at that time; namely Shermohamed Ladha, Fazal Alarakhia and Shivji Alarakhia. Br Nazerali Rattansi joined around the same period and as a result there were four families in Tanga. Wafat, Khushali and Muharram majalis were held at the home of Nazarali Rattansi. The first Imambara was built in 1910 and its walls were made of iron sheets and wood planks. There was no running water in town so a well was dug at Imambara. All houses had water wells. Construction of the railway line from Tanga to Moshi started in 1906 and was completed in 1910.

In 1914, Fazalbhai left Tanga for Mombo, to his brother Shivji’s residence. Due to war, there was no movement of goods and Fazalbhai decided to take a break from business during this period. In 1915, Fazalbhai went to Mazinde, 8 miles from Mombo, to start the business of extracting soda ash (magadi) for sale to Dar es Salaam market. In 1916, he went to Mkumbara from where he started extracting soda ash. There were five Indian shops at Mkumbara with an Indian population of about 20. As a result of the War, the British army invaded the area and the Indians had to run away to hide in the huts belonging to the local African population in the hills of Sumena, 2.5 miles away. After 11 days, when they returned to Mkumbara they found out their houses had been broken into and looted. When Fazalbhai’s brother Shivji Alarakhia learned of this, he sent porters so that Fazalbhai, his wife and three daughters could be carried in machera (litter) and be brought to Mombo. On reaching Mombo, Fazalbhai succumbed to pneumonia, and after five days of illness, passed away.

Ali Nathoo, the Philanthropist of Zanzibar

After the establishment of British rule in Tanga, news reached Zanzibar that the people in Pangani and Tanga had been looted and their condition was very bad. As a result, the kind and generous gesture of Ali Nathoo, a Khoja Shia Ithna-Asheri businessman, and a Philanthropist of Zanzibar Jamaat sent a dhow full of clothes and foodstuff for all affected. When the situation became stable after the end of the War, business returned to normal.

In 1918, the local population had suffered severely as a result of spread of infectious diseases. Rebuilding at Tanga started gradually from 1920. Around 1930, one could see that Tanga was developing quite fast. Ngamiani, which was a forest once upon a time, started being populated. Water taps, electricity and telephone services started and good roads were being constructed. Riding on sandy dirt road in hot sun became a thing of the past. Other community members who ventured in Tanga and opened shops were Br Gulamhussein Datoo opened a shop at Mlalo. Br Rashid Alarakhia and Br Gulamhussein Alarakhia opened shops in Lushoto. Fazalbhai’s grandson Marhum Hassan Abdulrasul Fazal has served Tanga Jamaat in various capacities including as President for 5 years.