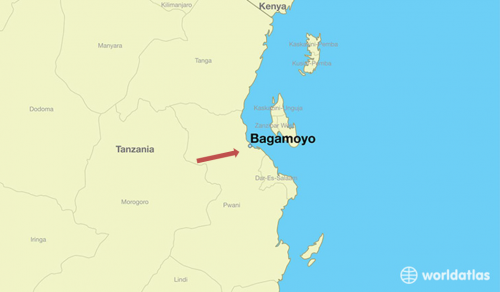 In late 19th Century during German rule, Bagamoyo was the administrative and commercial capital of Tanganyika. There were about twenty-two families of Khoja Shia Ithna Asheris and Khoja Shia Ismailis combined. In the year 1883, it was decided to build a mosque and Imambargha. Alhaj Saleh Jagsi, (the grandfather of Mohamedsaleh Gulamali Jagsi) and the Khoja Shia Ithna Asheris members of Bagamoyo Jamaat raised the funds from Zanzibar and Bagamoyo. Nasser Virjee & Company also contributed. With the supervision of Alhaj Saleh Jagsi, the mosque and Imambargha construction was completed in the year 1889. Alhaj Saleh Jagsi used to bring the Zakir and about 20 Khoja brothers from Zanzibar during the month Muharram to Bagamoyo to bolster the Jamaat for the Ashra majlises and azadari.

In the year 1918 Germany lost the First World War and Tanganyika became a British colony. The Capital was shifted to Dar-es-Salaam. In the late 1930s people started moving out of Bagamoyo to Dar-es-Salam. In 1950s Jamaat ceased to exist and there were no activities in the mosque and Imambargha.

In 1960’s Amirbhai Kanji the mukhi of Dar es Salaam Jamaat was organizing Majlis in Bagamoyo in the month of Muharram. Momineen used to go from Dar-es-Salaam over the weekend for Majlis.

Duties were allocated. Aunalibhai Khalfan was Captain of IUVC and head of Volunteers, Yusufbhai Dhalla was in charge of Finance, Munisbhai Bhalloo was in charge of transport, Muhsin Nathani was in charge of finance. Murtazabhai Jivraj was in charge of the advance party taking some volunteers two days ahead for cleaning the mosque and doing other local arrangements. All the utensils, mats and other necessary things were provided by Dar es Salaam Jamaat. Mohamedbhai Chandoo provided his truck to transport the equipment to Bagamoyo. The Majlis was attended by about five hundred people, mainly from Dar es Salaam and some from Tanga and Zanzibar. This tradition continues every year since 1973 (46 years), Alhamdulillah.

Under the IUVC, two main programs were being held annually; the Bagamoyo Majlis and Imam Hussain (AS) Day. Later on, the annual Maulidi Program (Miladun Nabii (SAWW)) was added to the IUVC annual event. IUVC were very active and supported the Dar es Salaam Jamaat in all other programs, like the Ashura Juloos, Serving Nyaz, Cleaning of the Mosque and Imambargha, Serving Sabil-e-Hussain after majlis, Security during Muharram, Safar and the holy month of Ramadhan where transport was also organized by IUVC for those people living far away from the city centre. 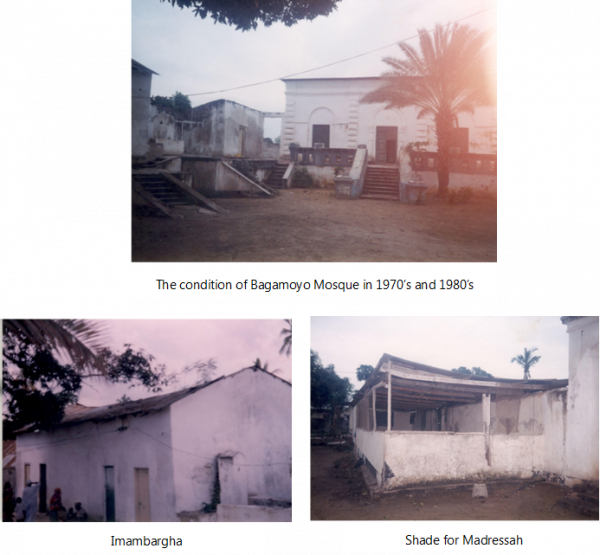 In the year 1986 a group of scouts led by Mohammedbhai Noormohamed Ladha walked from Dar es Salaam to Bagamoyo. They painted and cleaned the whole mosque. Since there was no Jamaat in Bagamoyo the condition of the mosque had deteriorated. In 1995 Murtazabhai Jivraj (head) along with Razahusseinbhai Janmohammed, Husseinbhai Hasham and Nasirbhai Abbas went to Bagamoyo and took the assessment of the mosque’s condition and presented a report with photographs to the president of Dar es Salaam Jamaat Alhaj Asgarbhai Bharwani. Asgarbhai immediately raised the funds and the mosque was reasonably renovated. Since the Mosque was listed under the UNESCO Archives Heritage, they did not allow renovating the front portion of the mosque. UNESCO did this for maintaining the original status of the Mosque. The material used by them was of inferior quality. During the rainy season, all the plastering was damaged so this portion had to be renovated again. Alhaj Asgerbhai Bharwani provided funds again to renovate.

Since 1990’s Bilal Muslim Mission of Tanzania operated Madressah for several years under the supervision of Murtazabhai Jivraj. Sheikh Hassan Ndimbo was leading the prayers and also running the Madressah which continued up until 1998 when the Madressah was closed.

In 1998 the Centenary to celebrate 100 years was organized in a grand way, almost 800 to 900 people attended the function in Bagamoyo. (Sadly we can’t locate photographs of this historical event).

Africa Federation has acquired a piece of land opposite the Mosque for the future use and for parking of vehicles, the plan is to erect a fence to protect it. 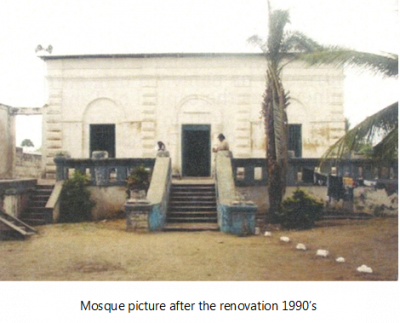 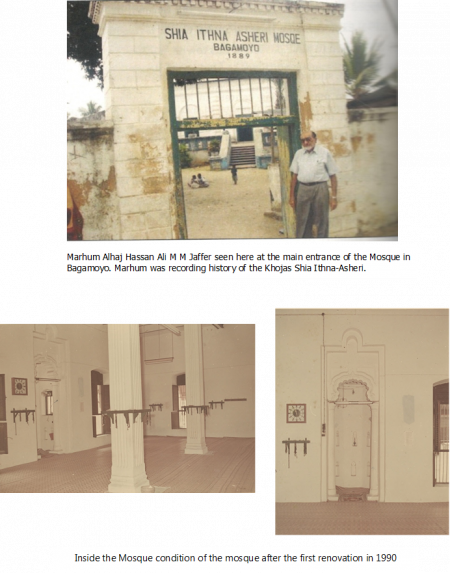 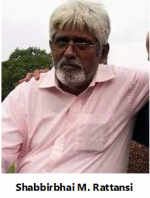 In the year 2007, the mosque needed another renovation. Asgaralibhai Dhirani (Ashoo) approached the president of Dar es Salaam Jamaat Anverbhai Dharamsi with a proposal to undertake a more comprehensive renovation of the Mosque and requested for approval, Asgarbhai Dhirani approached our brothers who generously contributed, including himself.

After the renovation in 2007, Dar es Salaam Jamaat in the year 2008 employed Shabbirbhai Mohammedali Rattansi as caretaker of Bagamoyo mosque. Shabbirbhai volunteered to stay in the Bagamoyo mosque complex. He was staying in the small room annexe to mosque.

Shabbirbhai was looking after the mosque and also gave services to our brothers who visited the mosque. In January 2012 after short illness, Shabbir Bhai passed away and was buried in Dar es Salaam Cemetery.

In the year 2017 another renovation of the entire Mosque was carried out with the consent of Africa Federation, the custodians of the Bagamoyo Mosque.

Alhamdullillah, the Bagamoyo Mosque complex now has all the necessary facilities. Our brothers from Dar es Salaam and overseas visit the mosque frequently. I.U.V.C under Ithna Asheri Union have maintained the tradition of holding Majlis at Bagamoyo mosque for the last 45 years, one was organized about two weeks ago with large number of our brothers participated, the program included Juloos, Majlis, Namaz and Nyaz. 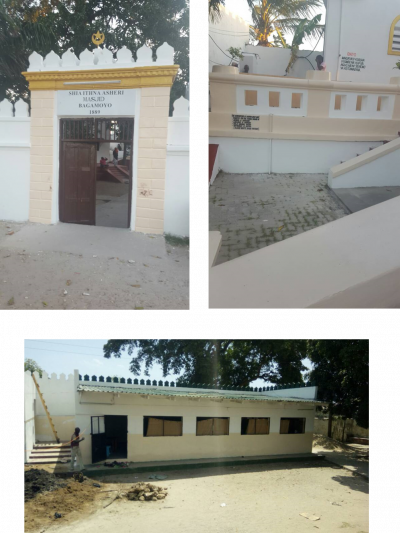 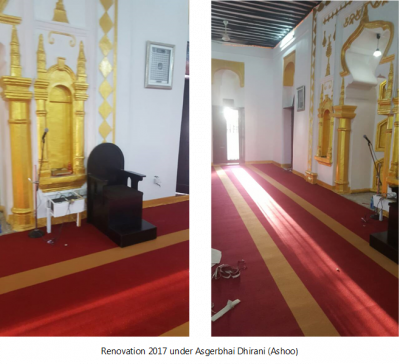 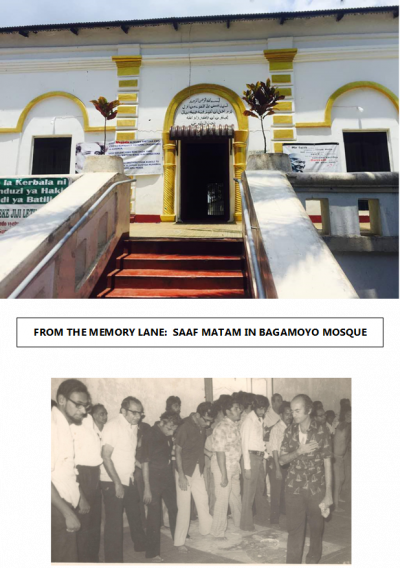 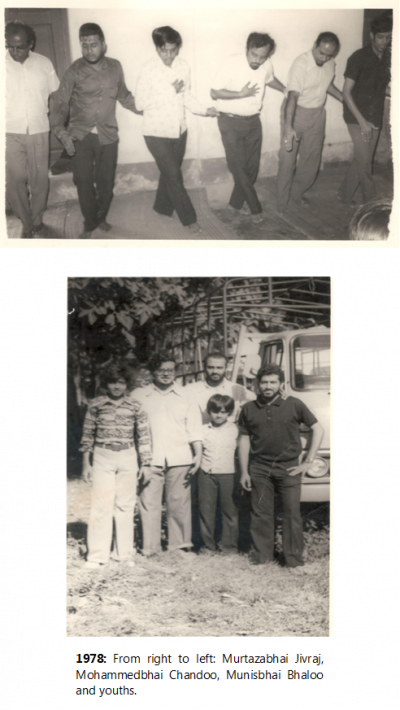